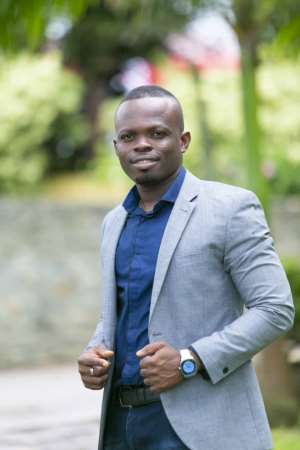 For many years, Ghanaian television was dominated by magazine shows that were heavily tilted towards the ‘secular’ domain, with gospel getting just a little of the attention. All that changed 10 years ago when a fully-fledged Christian entertainment show was introduced into the fray – Footprint TV!

Footprint TV has not only survived the 10 year period in quiet a tumultuous industry but has remarkably elevated the state of broadcasting gospel programming and events. It has brought a high level of allure and attention to the gospel frontier.

Albert Acheampong - a humble, soft-spoken and enterprising young entrepreneur is the brain behind the innovative and groundbreaking Footprint TV. 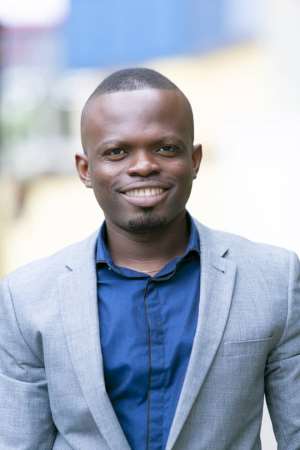 As a magazine programme that covers all gospel-related events, Footprint TV, aside elevating the coverage of such events and bringing the gospel closer to ordinary Ghanaians, it also, most importantly, instilled quality in the organization of gospel events.

The ingenuity of Albert and his team allowed them to parlay the success they chalked on television into making Footprint TV such a formidable brand by creating flagship events that have become successful while standing the test of time.

In a spate of 10 years, Albert is almost forming a conglomerate, having the ‘Poolside Party’, an event that brings together thousands of Christian youth to the pool to share the word of God and enjoy quality ministrations from top-notch gospel stars. The event has been graced by the likes of Joe Mettle, Celestine Donkor, Cwesi Oteng, Francis Amo, Gifty Adorye and many others.

There’s also the ‘Praise Party’, a gospel carnival organized on the streets, which has been headlined over the years by award-winning gospel musicians like Ohemaa Mercy, SP Kofi Sarpong, Eugene Zuta, Obaapa Christy, Piesie Esther, No Tribe among others.

On what made him start such a refreshing revolution on television, Albert says, the inspiration came from God, coupled with a deep-seated desire to reach many young folks with the gospel.

“In my interaction with people, I realized that many people, especially the youth, tagged gospel related stuff as boring. Some even talked of choosing secular events ahead of gospel,” he disclosed.

He had to make an effort to change that mindset.

“With my expertise in media, I decided to use such a tool to reach out to the youth and the general populace with such quality exposition of gospel-related activities,” he remarked.

Albert is motivated by seeing how young folks are zealous for the work of the Lord, and as a young entrepreneur, it is such a delight for him to get these folks under his brand, working together to project the deeds of the Lord.

As part of activities marking the 10th anniversary of Footprint TV, Albert and his lieutenants organized a hugely successful ‘Unity Walk’, dubbed, ‘Footprint TV Unity Walk’ – which was attended by a throng of patrons including many gospel stars.

In a decade of projecting and promoting things of the Lord, Albert and his posse at Footprint have faced challenges.

“Our major challenge has been lack of funding and support; money to hire equipment, money to pay staff and money to even purchase airtime to showcase such programming on television,” he lamented.

In spite of some teething challenges, Albert remains focused on how and where he wants to take the brand and its association of events.

“We look forward to reaching more souls for Christ all over the world and we hope to become a 24-hour channel and add a radio station to our brand,” he wished!