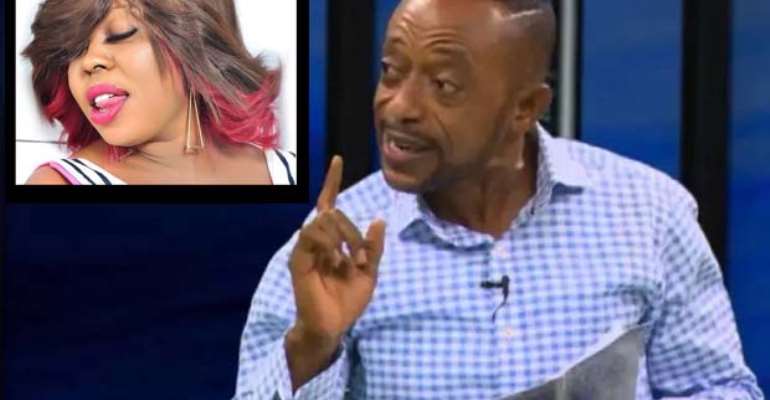 Prophet Owusu-Bempah has 'warned' that something “worse” will happen to controversial TV and radio personality, Afia Schwarzenegger, unless she apologises to men of God and other persons in authority whom she has offended.

He didn't state exactly what will happen to her but gave hints it would be more devastating than what has already occurred.

He cautioned Afia Schwarzenegger's family to advise her to do the right thing before it is too late.

Known in private life as Valentina Nana Agyeiwaa, Afia Schwarzenegger has been trending in the news since last week Wednesday, following the leakage of a video in which she was caught with another man in bed.

The alleged video was allegedly recorded by her husband, Mr Lawrence Abrokwah, who caught her and the other man in bed.

After the incident, the mother of three posted on her Facebook wall and Instagram pages that she is single and ready to mingle.

“I am single…ready to date your father! Nice breast, nice ass, not for broke men….Massa get a job and take your eyes off my money,” she teasingly posted.

Prophet Owusu-Bempah had already predicted the break-up of their marriage, which took place at Florida Lake in Johannesburg in South Africa in October 2016.

During a radio interview with Accra-based Neat FM earlier this year, he stated that Afia Schwarzenegger's disrespect for authority and some individuals would be the cause of the breakdown of her much-publicised marriage.

Speaking on Peace FM's Entertainment Review last Saturday, he reiterated that Afia Schwarzenegger has offended some persons in authority, including men of God, adding that only an apology will set her free.

There is an impending storm after her break-upwith the husband but Afia Schwarzenegger can stop it by just going on social media to apologise to those she offended.

“Talk to Afia Schwarzenegger to come to social media and stop that I-don't-care attitude …and ask any person in authority, man of God she had insulted to forgive her. If she could do that nobody would have a problem with her. If it doesn't happen that way then, what will happen to her next will be bigger than this,” he said.

“If Afia Schwarzenegger apologises, nobody will have issues with her. If she apologises to me I will forgive her. If she doesn't apologise to me for lying about me, I won't forgive her,” Prophet Owusu-Bempah added.