Snooki: Pregnancy has made me more mature 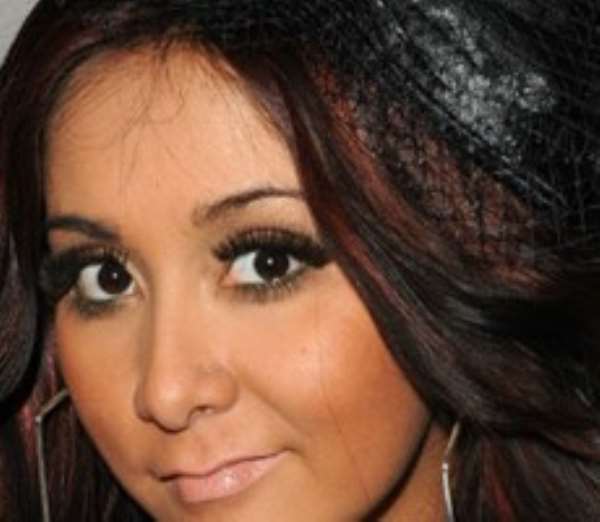 There's nothing like getting pregnant to make you grow up - and fast - and that seems to be the case with “Jersey Shore” star Nicole "Snooki" Polizzi.

While promoting her new MTV show “Snooki & JWoww” on Thursday, the expecting reality show star told People magazine that carrying a little one has been the true reality check.

"I guess [pregnancy] just made me more mature,” claimed the 24-year-old, who says she's stopped tanning, no longer does her trademark (“Whaaa!") whine and has swapped pickles for her new cravings, which include “a lot of fruits and Italian icies.”

"It's different because now I'm not drinking," reflected the pint-size dynamo, who told MTV she and fiance Jionni LaValle have picked out several name options for boys and girls. "I'm usually partying and going to clubs but pregnancy made me grow up a lot."

"[Nicole] really came into her own being pregnant,” mused the 26-year-old.

The duo will star in the "Jersey Shore" spin-off “Snooki & JWoww," which debuts on June 21. Check out the trailer below: