Ebo Whyte`s "Sins of Our Fathers" - a review 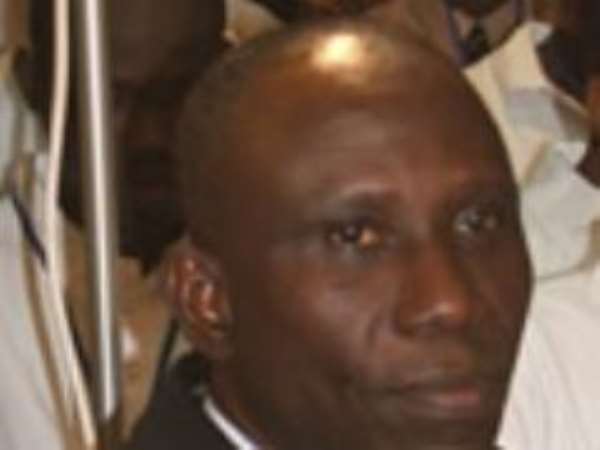 Accra,April 1, GNA - The 'President's' only daughter is to marry his political 'enemy,' the main opposition leader's only son on the eve of Election, this is the political travesty stage set by Ace play writer Uncle Ebo Whyte, in “Sins of Our Fathers”.

Play aficionados, who thronged the National Theatre at the weekend to watch Uncle Ebo Whyte's latest repertoire were unease when they saw, the “President,” who was contesting for a second term in office and the opposition Presidential Candidate in shameful ferocious personality attacks.

The two personalities – Professor Agyeman, who is the “President,” and Dr Boafo, the main opposition leader, also spews out political garbage during rallies, and radio discussions and even subtly encourages their supporters to attack their opponents

As the political temperature degenerates into raunchy electoral campaign, the President's only daughter Sadiya studying in USA, under strange circumstances fell in love with Kobby, incidentally the only son of Dr Boafo, the opposition Presidential Candidate also in the USA.

The two lovers informed their respective parents; “I have eventually found Miss Right and Mister Right,” but strategically failed to disclose any background information to their parents about their lover.

“Either to kill two stones with a bird or to kill two birds with a stone,” Sadiya and Kobby decided to come down on the eve of election, marry, vote on Election Day and vamoose to the USA immediately.

The tsunami that swept the two political camps when both parents, National Security and Parties got to know they will be in laws was “unprecedentedly gargantuan all die be die,” – shocked by the news, Dr Boafo collapsed immediately.

President Agyeman was furious accusing the daughter of stabbing him in the back. A scheming Chief of Staff instantly developed security theories why the President's daughter cannot marry the opposition leader's son, transforming the family affair into national security issue.

In the midst of the family scandal, the political machinations from both camps continued, climaxing in the Opposition Leader's National Youth Organizer providing un-intelligent information to the Opposition leader prompting him to issues vexatious press statement.

On the verge of political anarchy, the two reluctantly agreed to allow their children to get married. Then the Chief of Staff bumped into the family meeting at the Presidency, without taking note of the guest, informed the President that Dr Boafo had personally led a team to attack people at Nima.

“Mr President, Dr Boafo as I speak to you now is at Nima attack our people,” the Chief of Staff said….”I saw him personally there and I have security pictures of him leading the attack in my car right now…” only for him to notice that Dr Boafo and his family were the President's guest.

In an interview with Ghana News Agency, Uncle Ebo Whyte explained that the play seeks to expose the other side of politics and serve as a wake-up call to Ghanaian politicians.