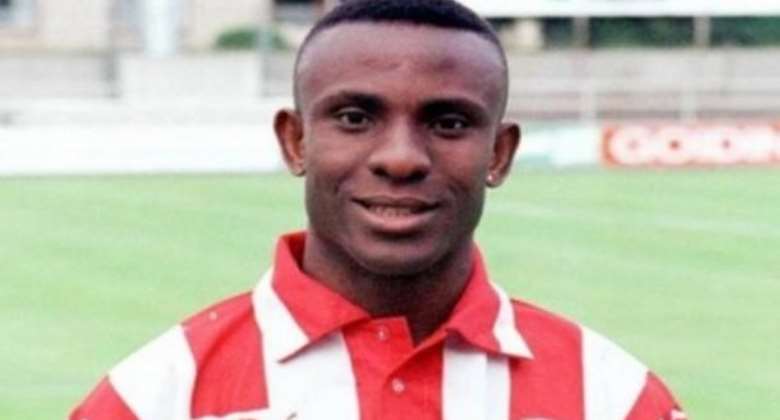 Former Ghana international and Al Ahly forward Felix Aboagye admitted that he regrets joining Zamalek, saying that he ‘didn’t do proper research’ on the club.

Aboagye joined Al Ahly as an 18-year-old in 1993 and is considered by many as being one of the best foreigners to wear the iconic red jersey.

During his five years in the Red Castle, Aboagye lifted five Egyptian Premier League titles and an African Cup Winners’ Cup before moving to Greek side Olympiacos.

Following his move to Europe, the 44-year-old became somewhat of a journeyman as he joined Emirati side Al-Nasr, Qatar SC and Ghana’s Liberty Professionals FC.

He finally signed for Al Ahly’s arch-rivals Zamalek in 2001, a move he admittedly regrets despite having won his only CAF Champions League title.

“I didn’t do proper research, I should have done my checks and rejected that offer,” Aboagye told Asempa FM.

“Because of that, most Al Ahly fans are angry at me, because they feel that switch dealt my club legendary status a big blow.

“They had wanted to set up a youth development centre here in Ghana for me, but the Ahly hardcore fans opposed it and it was eventually scrapped.

“So till date, that move has really affected me. Though they rate me as one the best foreign players ever to have played for Al Ahly, if not because of that, I would still have been benefitting from the club.

Aboagye also helped the Whites win their 20th Egypt Cup and the first ever Egyptian Super Cup, when they beat Ghazl El-Mahalla 2-1.

“Its a lesson, if you are moving to a club, you must research about them, its part of the game”, he noted,” he concluded.

After leaving Zamalek, Aboagye spent the remainder of his career in Asia where he played in Kuwait, India, Vietnam, the Maldives and eventually retired in 2010 after spending three years at Mumbai FC.