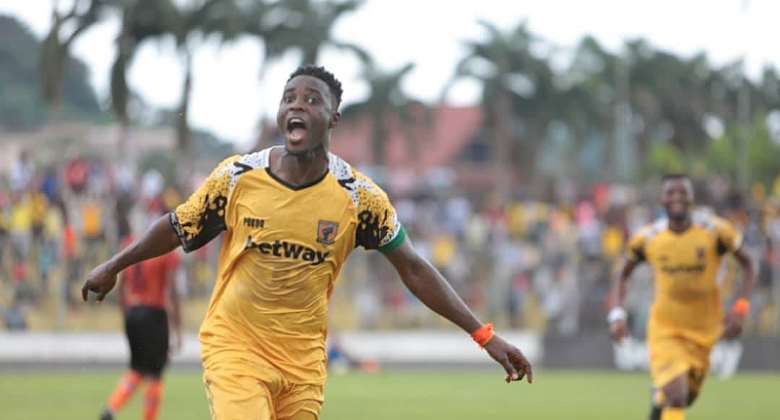 The transfer of Ashanti Gold striker Shafiu Mumuni to CFR Cluj has been put on hold due to the Coronavirus (Covid-19) which has been declared as a pandemic by the World Health Organization (WHO).

The Black Stars B striker was in Romanian last month for a trial session ahead of a potential move to CFR Cluj.

Having returned to the country with no news of his completed move, there have been speculations that he failed his trials.

Reacting to the rumours in an interview with Kumasi FM, Shafiu Mumuni has shared: “It is true I went to Romania to have stints with CFR Cluj together with some players from Argentina and Paraguay. Everything went on smooth but the FA suspended the league in the week I had to complete the paper works because of the Coronavirus pandemic”.

He further revealed that he has been in touch with the president of CFR Cluj who has assured him that he will be invited later to complete the switch when the suspension on the Romanian top-flight is lifted.

“The club president called yesterday and assured he will invite me to complete the paper works whenever the league resumes. I still have a contract with Ashgold hence my decision to continue with them when the league resumes”, the highly-rated striker added.