Kevin-Prince Boateng Is The Best Player I Have Ever Played With, Says Bayern Munich Coach 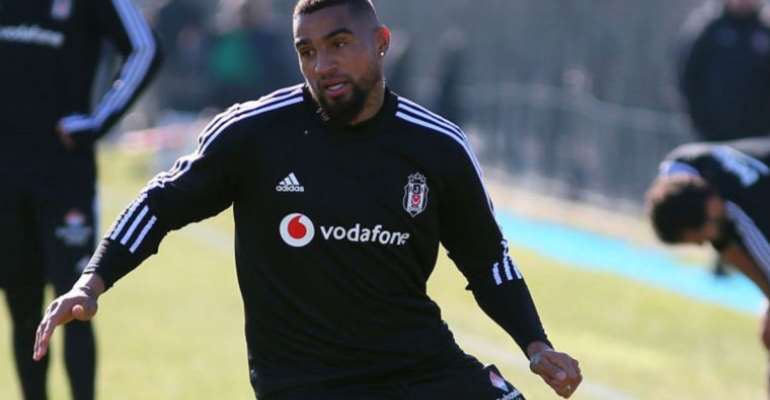 FC Bayern Munich II head coach, Sebastian Hoeness has hailed former team-mate, Kevin-Prince Boateng, affirming that the 32-year-old played better than any other footballer with whom he shared a pitch.

Hoeness played together with the Ghana forward at Hertha Berlin.

He went on to represent the likes of Tottenham, AC Milan and Barcelona in a wandering professional career.

Boateng moved to Turkey with Besiktas during the January transfer window, his 11th club since leaving Hertha for Spurs in 2007.

And while the former Las Palmas found it difficult to settle at any one team over the years, Hoeness cannot help but admire his talent.

"I've never been on the pitch with a more talented player. He was exceptional in the overall package and was already a crazy man at the time, extremely confident," he told Goal.

"He didn't care about anything that would have given him a bloody nose or two.

"But that was one of his great strengths. He knew what he could do and took responsibility."

Five years Boateng's senior, Hoeness also revealed the advice he gave his young team-mate when he was just beginning to emerge through the Hertha ranks.

"I was a few years older than him. I remember how I said to him once: 'Kevin, you are not about whether you will ever become a professional, play in front of many spectators and make a lot of money, it's all about whether you win titles or just play along'." Hoeness added.

"In the beginning, there was actually a risk that he would not quite make it to the top. Then it clicked and he won titles. I'm happy about that."

Boateng has made more than 400 appearances at club level since making his senior debut for Hertha in 2005, scoring 62 goals.

He also represented Ghana, the birth nation of his father, on 15 occasions, and was included in the country's squad for the 2010 and 2014 World Cups, although he was sent home midway through the latter tournament due to disciplinary issues.