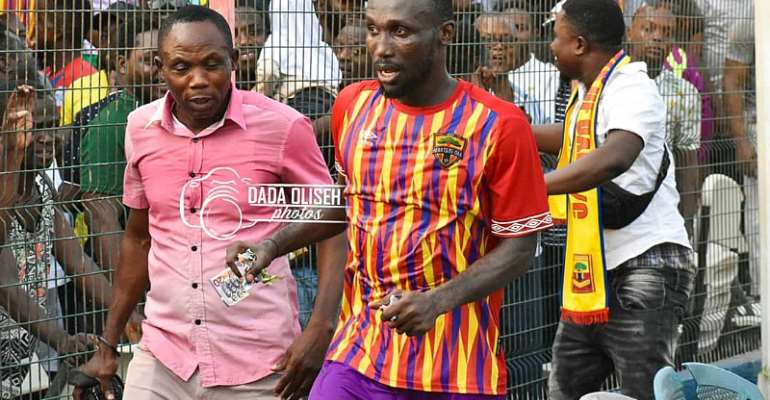 New Hearts of Oak midfielder, Emmanuel Nettey was given money by supporters of the club after he was named man of the match of the Ghana Premier League clash between Hearts of Oak and Liberty Professionals on Sunday.

The lanky midfielder solid in the middle during their 2-1 victory against the Scientific Soccer Lads in Dansoman.

The combative midfielder put in a giant performance to aid the Phobians stage a comeback victory - thanks to late goals from substitute Bernard Arthur and Kofi Kordzi.

After the match, Nettey was reward with some cash from some Hearts of Oak fans who were wowed by his superlative performance at the Carl Reindorf Park

Nettey signed a two-year deal with the Phobians as a free agent.