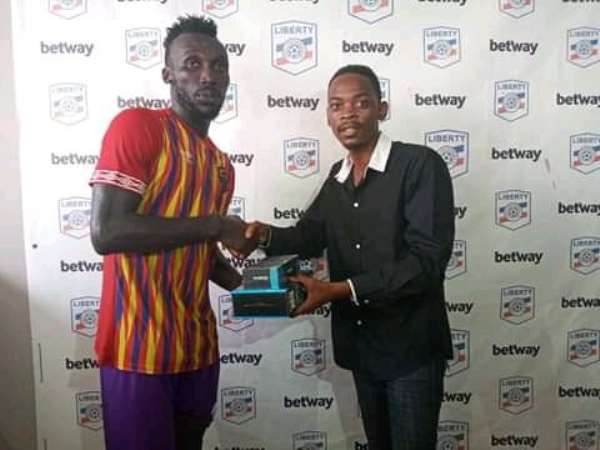 Accra Hearts of Oak’s new signing, Emmanuel Nettey was adjudged the Nasco ‘Man of the Match’ on Sunday afternoon after putting up an outstanding performance to help his club beat Liberty Professionals 2-1.

The two teams locked horns in a Match Week 5 fixture of the ongoing 2019/2020 Ghana Premier League season, looking for a win at the Dansoman Carl Reindorf Park.

Less than five minutes into the first half, Liberty Professionals took the lead courtesy a headed goal from Michael Sefa. They could only hold on till the first half break as the Phobians came in strong to change the scoreline into their favour in the second half.

Two late goals from Bernard Arthur and Kofi Kordzi handed Hearts of Oak a 2-1 win, ensuring that they bagged all 3 points at the end of the 90 minutes.

One player who was key for the Rainbow lads was midfielder Emmanuel Nettey. His work rate in the middle of the Park was instrumental to the team’s comeback and went unnoticed at the end of the match.

Assessment of performance of players proved that Nettey was the Man of the Match for the Match Week 5 clash in the Ghana Premier League between the Accra-based teams. For his prize, he goes home with a brand new Nasco smart phone as well as a hair clipper.