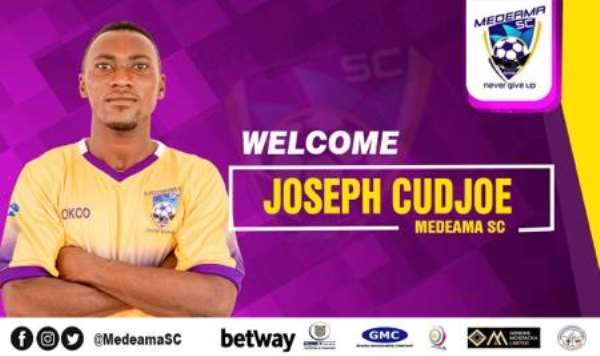 The hardworking player who is good on the ball has joined the Tarkwa-based club from Lower Division side Vision FC on a two-year.

If he manages to impress during that period, he will have the opportunity of extending for another year as noted in his contract.

Joseph Cudjoe’s signing was announced earlier today with less than 48 hours to the start of the 2019/2020 Ghana Premier League season.

He is expected to provide options for manager Samuel Boadu in a season where the Yellow and Mauves will be targeting triumph in the top-flight.