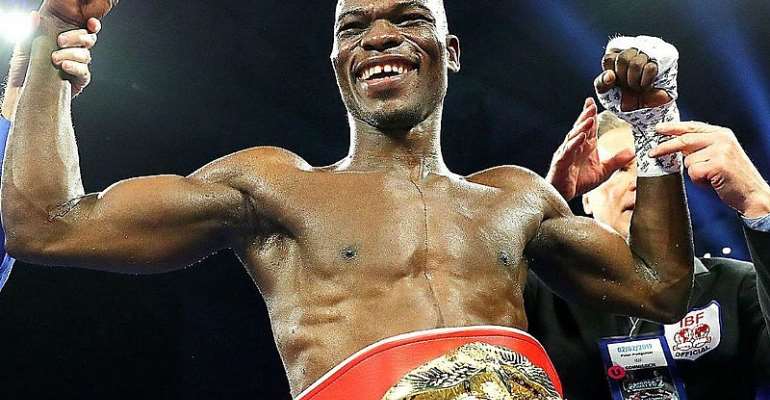 Ghana’s Richard Commey will be in action on Saturday looking to defend his IBF Lightweight title for the second time, when he comes against American Honduran Teofimo Lopez, at the Madison Square Garden.

The fight which will be on the undercard of the Terrence Crawford vs Egidijus Kavaliauskas fight will see the winner book a possible bout with Ukrainian multiple belt holder Vasyl Lomachenko next year.

Ahead of the fight, Commey’s coach, Andre Rozier, has predicted an early finish if the challenger, Teofimo Lopez, makes an aggressive approach to the bout.

“I don’t think he’s going to look to bang with us. Richard has really big time power capability,” he told boxing talk.com.

“All of those knockouts aren’t a figment of our imagination.

“That young man can crack with either hand and it’s real solid power.

“He can hit you with either hand and you’re going to go and that would be a major obstacle for Teofimo to deal with. If he looks to bang it’s going to be a very early night.”