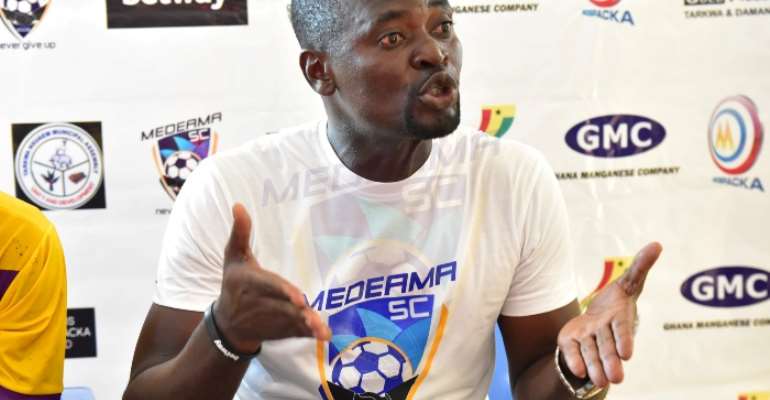 Medeama SC coach, Samuel Boadu has been named as the new head coach of Ghana’s Under-15 Boys team.

His immediate task is to scout players and prepare for the maiden edition of the WAFU U-15 tournament in Burkina Faso next month.

It’s a massive chance for the gaffer to cement his mettle after excelling with the Mauve and Yellows in a relatively short spell so far at the club.

The tournament takes place between 8-20 December, 2019 in Ouagadougou.

Boadu has been tipped by many to take over the wheel of the country’s developmental squad after his roller-coaster performance with Premier League side Medeama.

Coach Boadu, who joined from second-tier side Asokwa Deportivo has won several hearts with his philosophy at the Tarkwa-based side.