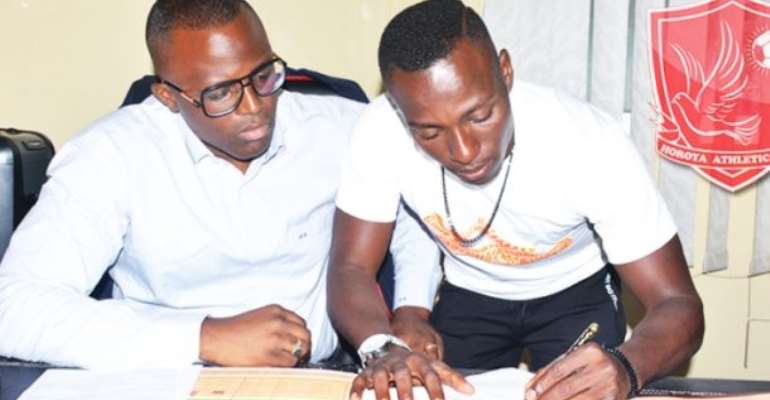 Horoya AC of Guinea have terminated the contract of Ghana winger Patrick Razak, according to media reports.

The former Hearts of Oak pacy winger joined the Guinean side two seasons ago from the Ghana Premier League side.

It has been reported that the 25-year-old has been in Ghana for the past months searching for a new club to relaunch his career.

Hearts of Oak and other unnamed Ghana Premier League clubs are currently holding talks with the former Tamale Utrecht star over a possible deal.

Razak was a member of the Black Stars 'B' that clinched the 2017 WAFU Cup.

He has been struggling with regular playing time at the Guinean champions since joining them in October 2018.

He made only four appearances — 96 minutes — for Horoya AC during their CAF Champions League campaign last season.