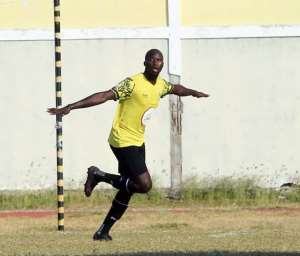 The nimble-footed Ghanaian international who flourished in the local scene while in the books of Istanbul and Dreams FC left the shores of Ghana to East Timor where he signed his first international contract with Zebra FC for the 2016/2017 season before moving to his current employers Assalam FC.

Minority investigates impersonation of Adwoa Safo in 2022 bu...
49 minutes ago