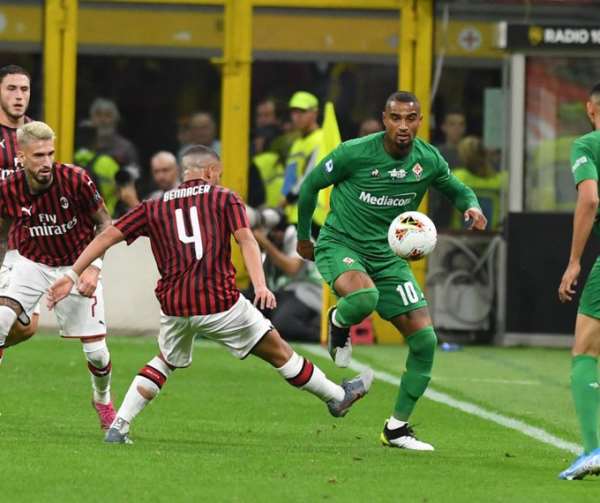 Kevin Prince Boateng came off the bench to help Fiorentina beat AC Milan on Sunday night in the KItalian Serie A.

The 32-year-old forward came on in the 84th minute as the Purples cruise to a 3-1 win at the San Siro.

Eric Pulgar opened the scoring for the travelling side in the 14th minute through a spot-kick to send Vincenzo Montella's side into the break with the lead.

Fiorentina doubled their lead in the 66th minute through Gaetano Castrovilli before former Bayern Munich forward Frank Ribery made it 3-0 with a fine strike in the 78th minute.

Milan pulled one back through Rafael Laeo but had to play most of the game with ten men after Mattaeo Musacchio was red-carded in the 55th minute.

Boateng came on for Fredrico Chiesa in the 84th minute as the visitors ensured all three points was secured.

The former Sassuolo man has scored a goal in five appearances for Fiorentina this season.