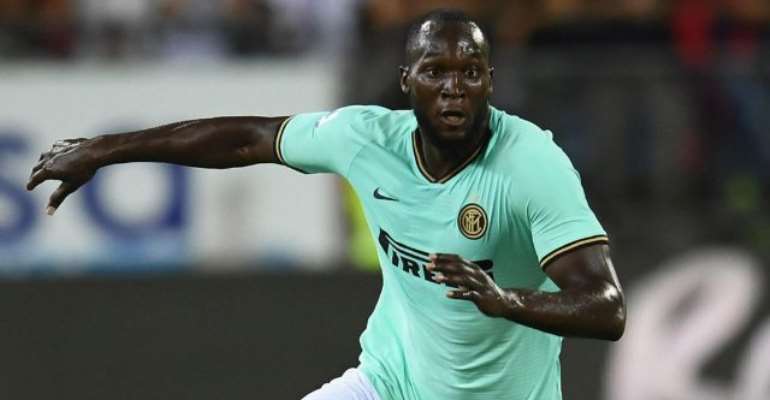 Racism once again reared its ugly head in football during Inter Milan's 2-1 win away to Cagliari on Sunday, with Romelu Lukaku the victim on this occasion.

As the former Manchester United striker went to take a penalty, Cagliari supporters could clearly be heard directing monkey chants towards him from the stands.

This isn't the first time Cagliari fans have racially abused a player in Serie A; Moise Kean, Blaise Matuidi and Sulley Muntari have all previously been targeted.

In response to the racist chants, Lukaku released a powerful statement on Instagram where he said football is "going backwards".

He wrote: "Many players in the last month have suffered from racial abuse... I did yesterday too. Football is a game to be enjoyed by everyone and we shouldn't accept any form of discrimination that will put our game in shame.

"I hope the football federations all over the world react strongly on all cases of discrimination! Social media platforms (Instagram, Twitter, Facebook...) need to work better as well with football clubs, because every day you see at least a racist comment under a post of a person of colour.

"We've been saying it for years and still no action. Ladies and gentlemen, it's 2019, instead of going forward we're going backwards and I think as players we need [to] unify and make a statement on this matter to keep this game clean and enjoyable for everyone."

Lukaku has since received an open letter from Inter's Ultras, the Curva Nord, defending the disgraceful actions of Cagliari fans, which you can read in full HERE .

No form of racism is acceptable in football, and now former Newcastle and Chelsea striker Demba Ba has called on every black player to leave Serie A.

"And here's the reason why I decided not to play there when I could," wrote Ba," and at that point I wish all the black players would get out of this league!