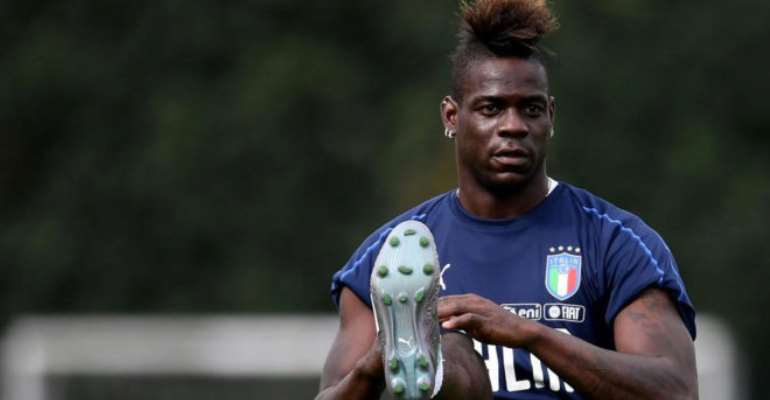 The Italian forward has penned a "multi-year contract" and will be officially presented on Monday, the northern team confirmed on their website.

"Mario returns home," Brescia said in a statement.
"The return to Italy, after three years, was made possible by Mario's determination and enthusiasm to return to Brescia, the city where he grew up and where, since he was a child, he stood out for his physical and technical skills," the club continued.

Balotelli, who was born in Sicily but adopted and raised just outside Brescia, has reportedly agreed a three-year deal with the Serie B champions after being released by Marseille in June.

However, Balotelli's debut in the Brescia shirt is not imminent as the striker has to serve a four-match ban and his return could be on September 25 against Juventus.

Sky Sports Italia reported Balotelli has signed a three-year deal worth three million euros ($3.3 million) for the first year, plus a further three million if the club remains in Serie A.

In the following two years he will receive six million euros per season if Brescia remain in Serie A, Sky reported.

The 29-year-old reportedly rejected a move to Brazilian club Flamengo as he pushes for a place in the Italian national team as Euro 2020 approaches.

Balotelli, who has 36 caps for Italy, has not featured on the international stage since last September as coach Roberto Mancini said he was not playing at a high enough standard.

Brescia have been promoted back to the top flight for the first time since being relegated in 2011.

Balotelli last played in Serie A with AC Milan on loan from Liverpool in the 2015-2016 season.

It was his second spell at AC Milan after 2013-2014. He was part of the Inter Milan side coached by Jose Mourinho that won the Serie A, Coppa Italia and Champions League treble in 2010.

He won three Serie A titles with Inter before switching to Manchester City and helping them claim the Premier League crown in 2012.