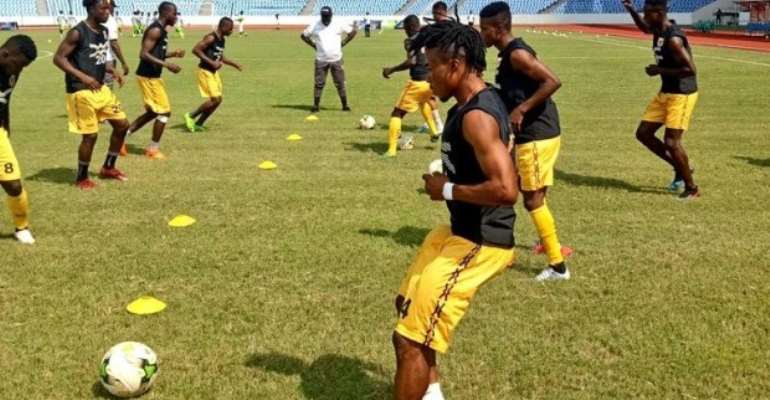 The last time Ghana side Ashantigold played in the CAF Confederations Cup was in 2011 and they were eliminated by Etoile Sahel of Tunisia on a 4-2 aggregate.

Their next taste of African football was in the Champions League in 2016 were they exited the competition at the preliminary round after losing 3-1 to MO Béjaïa of Algeria.

For a club that has dominated the Ghana Premier League for some time, the technical team believe it’s time for them to put the club on the map, hence leaving no stone unturned in their quest for honours in this year’s Total CAF Confederation Cup.

The timing might be short, but Da Rocha knows the ins and outs of the Ghana football terrain, having coached elite division outfit Ebusua Dwarfs during the 2016/2017 season before returning to Italy to assist Coach Alberto Bolini to manage Club Salernitano in 2018.

A novice when it comes to continental football, but he believes in his new squad and their zeal to succeed, something he stressed will be vital in their continental sojourn.

“The players are hungry for continental outing and so are the fans. I inherited a Club that has so much fire in them to succeed and that is what will help us in this quest," Da Rocha said.

This weekend, they play as guests to Akonangui FC of Equatorial Guinea in the preliminary round of qualifying.

“This is what we have been preparing for. We won the competition in Ghana to qualify and get the chance to play in Africa, so we have to respond irrespective of which team we have been presented with.”

He revealed that together with rest of the technical staff, they have been monitoring their opponent’s performance in recent times and have a fair idea of what they are up against. “Yes we know them”, he replied to a question about having a fair idea of his opponents.

“We have been working together to study some basic things about their play. We know what to expect in Equatorial Guinea, so we are preparing for it. Most of these players have not played in this competition before, but are willing to make a mark. So yes, we are ready. Let’s see how far we can go, but taking one match at a time is key at this point”, he added.