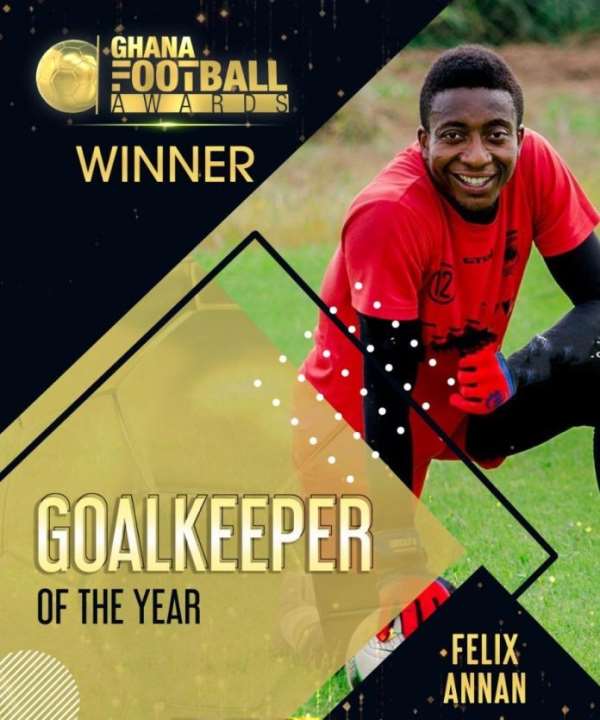 Kumasi Asante Kotoko goalkeeper, Felix Annan picked up the award for the goalkeeper of the year at 2019 edition of the Ghana Football Awards held on Sunday, July 21, 2019, at the Marriot Hotel in Accra.

The goalkeeper has been outstanding for his club for the past three seasons and continues to make a strong case for a starting role in the Black Stars team.

Having enjoyed yet another campaign during the 2018/2019 season, he has been voted as the best goalkeeper at the prestigious award ceremony ahead of Black Stars first choice goalkeeper Richard Ofori and Nana Bonsu of Enugu Rangers.

During last season, Annan was instrumental for Kotoko when they made it to the group stages of the CAF Confederations Cup.

In addition to that, he was the man between the sticks when the Porcupine Warriors emerged as Champions of the tier 1 of the Ghana Football Association (GFA) Normalization Committee (NC) Special Competition and was also part of the Ghana team that went to Egypt for the Africa Cup of Nations (AFCON) tournament.

This is the second year in a row that Felix Anan has picked up the goalkeeper of the year award and will serve as a motivation for him to soar higher in the subsequent seasons. 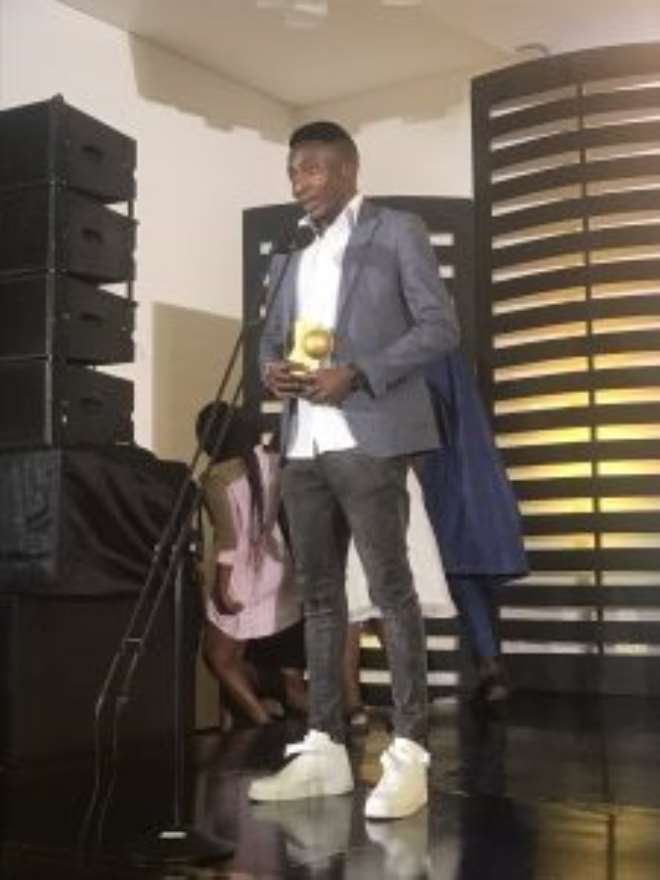