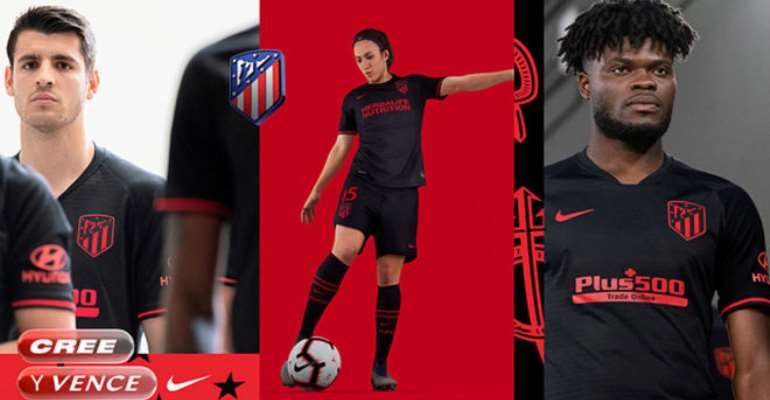 Ghanaian international, Thomas Partey has joined his teammates at Atlético Madrid to model in the club’s new away kit for the upcoming 2019/2020 season.

The Black Stars midfield enforcer has been selected amongst some of the clubs top players as well as their new signings to unveil the beautifully designed away jerseys for the side.

The away jersey which was unveiled earlier today featured players like Diego Costa, Alvaro Morata, Saul Niguez, and new signing Kieran Trippier. The all-black jersey is complemented by flashes of red trim and has a Spanish flag on the inside near the collar.

In the main flyer, Thomas Partey posed alongside Alvaro Morata and Silvia Meseguer who is a top player of Atlético’s feminine team.

Partey is now tipped to stay at the Spanish club for next season despite wild speculations linking him with a possible move to Manchester United, Arsenal, and Inter Milan.