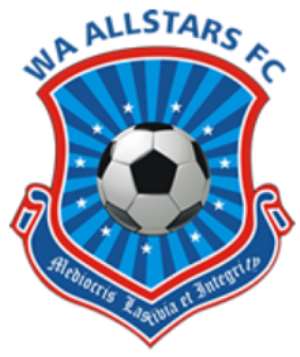 General Manager of Wa All Stars, Obiri Yeboah has revealed Kwesi Nyantakyi still own the club and has not been sold to Haruna Iddrissu has been speculated.

The Wa-based club belongs to ex GFA president Kwesi Nyantakyi, who is currently serving a life ban on all football activities, imposed on him by the football governing body after being found guilty on corruption charges.

There is current report of change in ownership with the Tamale South MP being the new owner after ex Black Stars defender failed to purchase it early on.

In an interview with Footballmadeinghana.com, Obiri Yeboah refuted those claims, stating emphatically the club still belongs to the embattled Nyantakyi.

“There’s been an attempt from the Honorable MP but nothing has been agreed upon. In fact, he has written to us officially expressing his interest in buying the club but we are yet to respond,” Yeboah said.

“I was surprised myself when I saw the reports that the club has been sold. In fact I am in charge of every administrative step of the club and at least I should be in the known when the media is selling the club.

“But I don’t know anything about outright sales,” he added.

Kwesi Nyantakyi is expected to sell the club as his football ban prevents him from owning the club or running any football club.