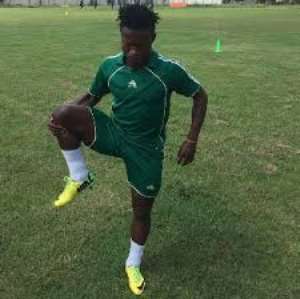 Defender of Techiman Eleven Wonders Kwadwo Amoako has clarified his comments about helping AshGold qualify to the next stage of the Special Competition, putting to bed rumors of match-fixing.

In a post-match interview after his side’s 3-0 lost to AshGold in a rescheduled game, the right-back said, “its football and its imperative we push the one climbing the ladder. So we helped push them on the ladder.

“We are done and dusted and we must look forward to subsequent games.”

His comment was widely viewed as an indication of match-fixing as the Miners win secured them qualification to the semi-finals of the Special Competition.

In an interview with Metro FM over his comment, Amoako clarified what he said, indicating he and his colleagues were not told to lose deliberately.

“What I will say is everyone needs help, even as a player you need help to move forward so it’s normal in football. I have never played match of convenience. I didn’t mean we were going to play fixed match.

“My Dad even advised me on playing fixed matches. We only played our game and we lost,” he said.

“Nobody spoke to us before the game, the only thing I know and have heard is AshGold want my service as a player.

“Sometimes due to the nature of our job as footballers, we are bound to make mistakes whiles talking on the pitch after games. The temper was high after the game so that’s why I made a mistake.

“Am sorry to everyone who heard the story because I don’t mean any harm,” he concluded.

The Disciplinary Committee of the Normalization Committee have not investigated into the match after Amoako’s reckless comment nor have they indicated they will be doing so.