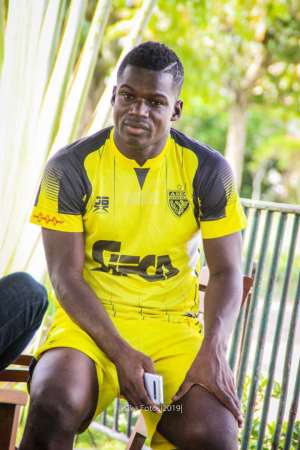 The prolific striker joined AS Vita from Asec Mimosas, where he enjoyed a fruitful season, scoring 18 goals in 13 League games in his debut season.

Toure has bagged in 12 goals in Ligue 1 and four in the CAF Champions League for Asec Mimosas this season.

The Burkinabe striker will replace Jean Marc-Makusu who joined RS Berkane of Morocco in March.

Toure is well vested in African football as he has played for teams like CS Sfaxien, African Sports and El Gouna.