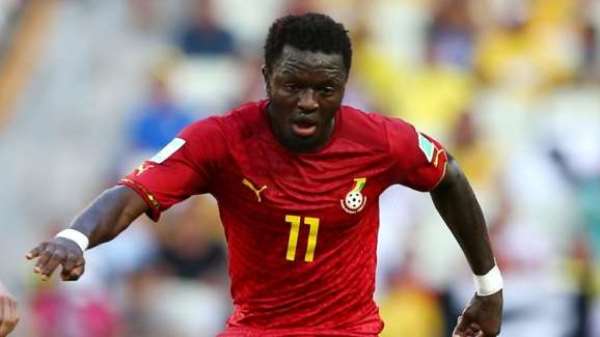 Ghana midfielder Sulley Muntari says he is ready to return to the Black Stars fold should the opportunity arise.

Muntari is currently unattached after the short deal he signed with Deportivo La Coruna elapsed at the end of last term.

The 33-year-old has been training with the Phobians as he awaits a deal in the transfer window.

The former Portsmouth defensive enforcer is eyeing a return to the Black Stars despite his long absence from the team.

"So far as I have not retired from football and still capable of playing the beautiful game, I would always love to be in the white jersey again if am given the opportunity," he stated.

'so yes definitely, if I start playing, I would love to come back and play for the Stars'.

Sulley Muntari was part of the Black Stars team that played in the 2006 and the 2010 FIFA World Cups in Germany and South Africa respectively.

Muntari also represented Ghana in the 2014 FIFA World Cup, yet he was sent packing from the tournament alongside, Kevin-Prince Boateng for indecent prior to the Black Stars final group game against Portugal.