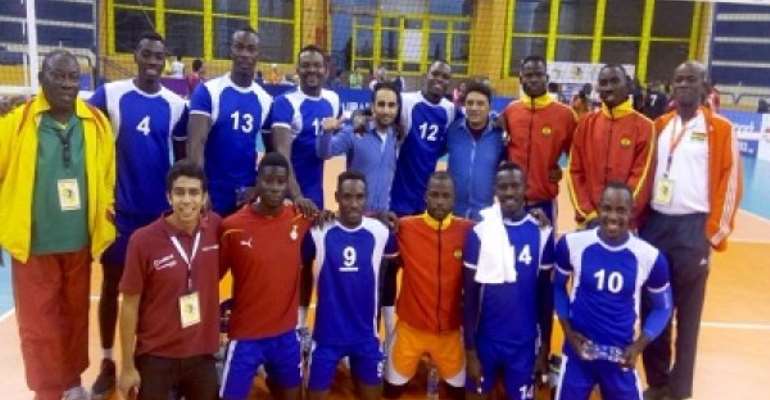 Ghana finished ninth and could not qualify for next year’s volleyball World Cup to be held in Italy.

After the seeding for the competition, Ghana was balloted into the same pool with Tunisia, Libya, and Kenya.

They lifted up their game and took the second and third sets but the fourth set was an evenly balanced one, with so many controversial judgments from the referee and linesmen. Ghana complained during one of the controversial judgments and was shown a red card and a point taken off at a vital moment, making the team lose 3-2. The final group match against the defending champions Tunisia also ended 3-0 against Ghana.

The second round saw Ghana in the same group with Botswana and Kenya and was the knock stage to determine positions 9, 10 and 11 for the African ranking.

Ghana’s first match was against Botswana, where they won 3-0 and moved on to beat Kenya for the second time 3-0. The final standing of participating teams was as follows: Tunisia, Egypt, Cameroon, Algeria, Morocco, Rwanda, Libya, Congo DR, Ghana, Kenya, Botswana, Chad, Nigeria, and Niger.

The Black Spikers by their performance attracted a lot of admiration and support from the spectators and participants. This was their first appearance at this competition, which has all along been dominated by the North African countries.

Their performance and position nine out of 54 African countries affiliated to the African Volleyball Confederation (CAVB) is appreciable and they hope to improve upon this with a better support and preparation towards the next AAG.