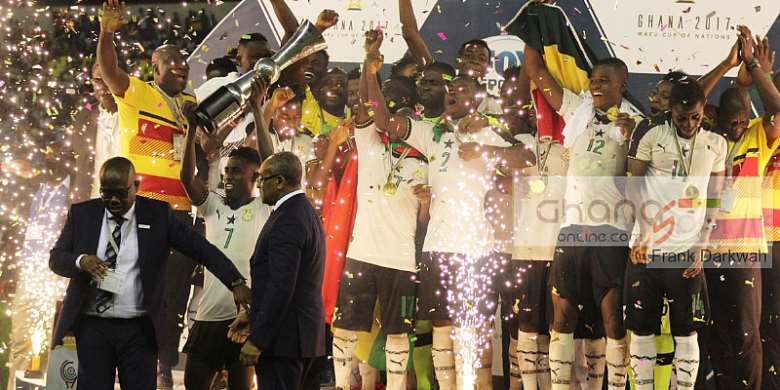 Ghana’s 2017 Wafu Cup of Nations-winning players have each received $6,000 as a share of bonuses for their success in the competition.

The players are yet to receive their prize money from the Football Association despite an order from the Sports Ministry who had released monies for the payment.

Meanwhile, the team are expected to receive their prize money of $100,000 and a reward package of another $100,000 which was given to them by the President His Excellency Nana Addo Danquah Akuffu Addo.

The Black Stars B made amends by winning the WAFU Cup of Nations competition after failing to qualify for the Championship of African Nations tournament (CHAN).