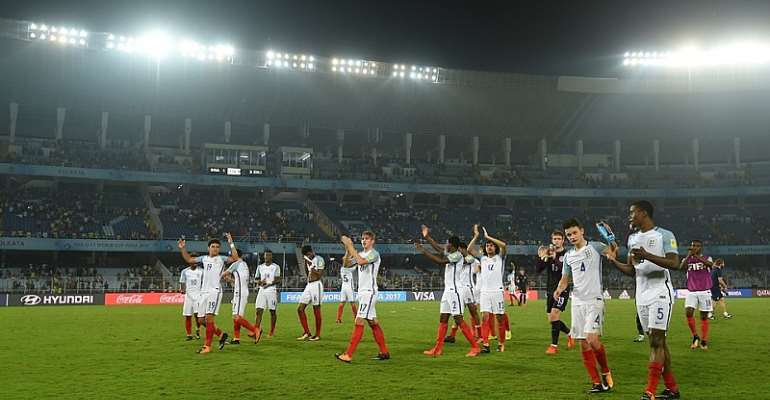 A second hat-trick in as many matches from Rhian Brewster led England into the final of the FIFA U-17 World Cup India 2017 after a 3-1 victory over Brazil in Kolkata on Wednesday.

The Three Lions will meet Spain in the final on Saturday.

The first half - played in front of 63,881 at the Vivekananda Yuba Bharati Krirangan Stadium - lived up to the billing, as the Three Lions twice took the lead through Brewster.

The Liverpool striker opened the scoring just ten minutes in, finishing off Callum Hudson-Odoi's cross on the rebound.

But England were back in front just before the break, with Brewster scoring his tournament-leading sixth goal from Steven Sessegnon's byline cut-back.

It was the No9 that then sealed England's passage into the final with his third goal of the game, as he converted a low cross at the far post from substitute Emile Smith Rowe.

Defeat for Brazil will see them play in the match for third place against Mali, also on Saturday.