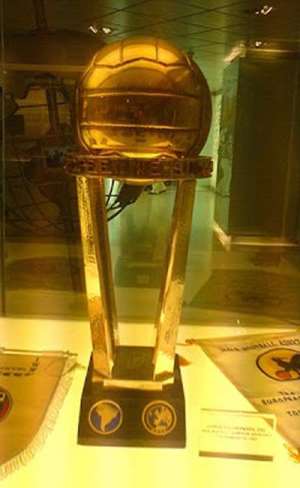 UEFA and CONMEBOL established the Intercontinental Cup to pair the reigning European Cup holders against the current Copa Libertadores champions. For the first meeting in 1960, those teams were Real Madrid and PeÃ±arol.

The Cup was played in two legs, with the winner determined by points, as opposed to aggregate goals. In the first leg, played on 3 July in Montevideo, the two sides battled to a scoreless draw, earning a point each. In the event they drew again in the second leg, they would have gone to replays until one side emerged with a win.

Ultimately, however, Real Madrid handled the second leg with ease. Playing at the Bernabeu before a crowd of over 100,000, the hosts rolled to a dominating 5-0 lead with goals from Ferenc PuskÃ¡s (2', 8'), Alfredo di StÃ©fano (3'), Herrera (40'), and Francisco Gento (54'). PeÃ±arol received a late consolation goal from striker Alberto Spencer in the 80th minute.