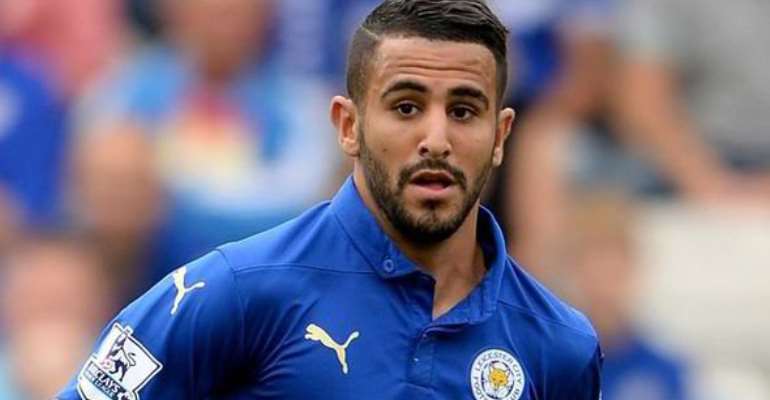 Algeria international Riyad Mahrez has continued his superb start to the new English Premier League season with another goal for his club Leicester City as they drew 1-1 with visiting Tottenham Hotspur on Saturday.

The outstanding 24-year-old wide man had caused the Spurs defence all kinds of problems with his skill and trickery until he struck in the 82nd minute to level the score a minute after young English substitute Bamidele Alli had given the visitors the lead.

Mahrez has now scored in all his side's three games of the season, including an opening day double. He leads the league's scorers\' chart with four goals.

Mali winger Bakary Sako proved his class on Saturday as he scored the winner for his club Crystal Palace in his first ever English Premier League game.

[PHOTO]http://img.modernghana.com/images/content/
The AFCON 2015 star only got to start because fellow African Yannick Bolasie had to travel home following the death of his father. He took his chance in fine fashion and crowned his efforts with a well curled shot three minutes from time to give Palace a 2-1 win over visiting Aston Villa.

It was a second goal on the bounce for Senegal midfielder Cheikhou Kouyate who scored West Ham's second goal.