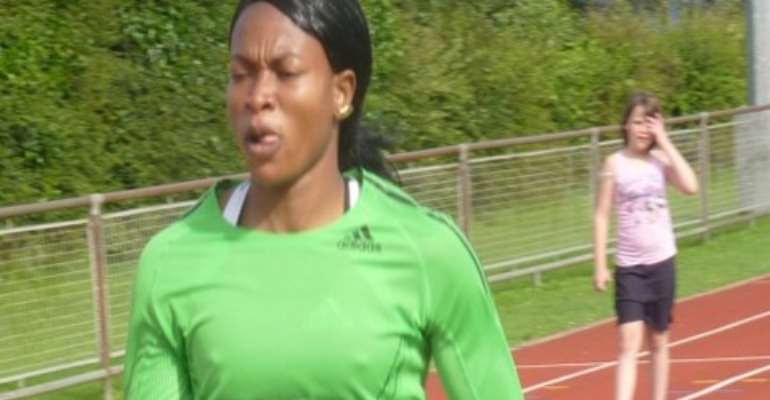 Isaac Dogbe opened Ghana's account in the competition with a defeat to Japanese Shimizu Satoshi in Bantam Weight.Emmanuel Nartey who consistently had disagreements over bonuses and accomodation with GOC officials a day before his bout followed with another miserable loss to world number two(2) judoka Elmont Dex from Netherlands.

Puerto Rican Jantony Ortiz Marcano mesmerized Sulemanu Tetteh in the Light Fly Weight Division.Duke Michael defeated Jason Lavigilante of Mauritius in the Fly Weight at the round of 32 but lost to Irish Michael Conlan at the round of 16.

In the Long Jump,Ignatius Gaisah failed to meet his season's best of 8.04m to propel him to the final but jumped 7,79m.Alberta Ampomah Boatemah making her debut in the Olympics in Weight Lifting managed to lift a total load of 174kg putting her at position 13th out of 14 contenders.

A time of 23.71s was all Vida Anim could record in her 200m heat,thus placing 8th out of 9 competitors in her heat.

Skipper of Ghana boxing team,Maxwell Amponsah who was appointed as Team Ghana's flag bearer for the opening ceremony under controversial circumstance at the displeasure of the senior athletes together with heptathlete Margaret Simpson pulled out of the competition on medical grounds.

If we therefore compare the performance put up by Team Ghana to the STANDARDIZED ATHLETIC PERFORMANCE INDEX(SAPI)by Asempa Sports Games correspondent Moses Antwi Benefo,their rankings is as follows:

The rankings for the following officials will follow soon;Hon Clement Kofi Humado-Minister for Youth and Sports