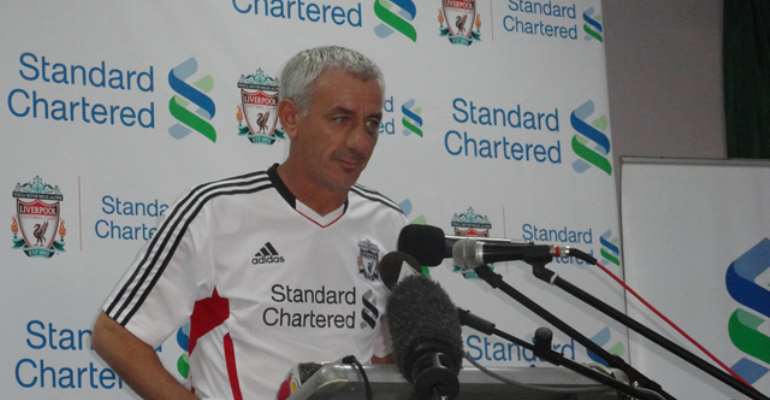 Speaking at the launch, Chief Executive Officer of Stanchart Ghana Kwaku Badu Addo said the objective of the event falls in line with the companies aim. “The objective of this programme is to create awareness and also impact some life skills to a younger generation, the leader of tomorrow”, Mr. Adu cited in a statement.

The C.E.O could not hide his joy haven't had a breakfast with Liverpool legend Ian Rush. “I remember three years ago when I told Garvin Laws that we need to get Liverpool here he said, consider it done”, Mr. Badu said.

Mr. Garvin Laws who is the Group Corporate Head of standard chartered Bank said their partnership with Liverpool has catapulted their brand. “Barely few people knew Stanchart and what it stood for so we decided to partner Liverpool. Someone may say Liverpool has not won the Premiership so what? That is not what we are looking out for, they believe in what we believe which is community development”.

However, according to Liverpool legend Ian Rush who is now the clubs ambassador to become a successful footballer, one must play with happiness.