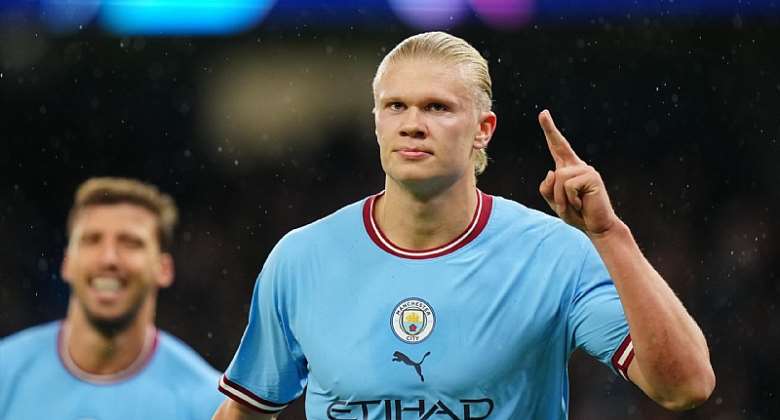 Erling Haaland continued his irrepressible form as Manchester City took a significant step towards the Champions League knockout stages with an emphatic 5-0 victory over FC Copenhagen.

The Norwegian hitman opened the scoring with a sweet first-time finish on seven minutes before doubling the home side’s advantage with a simple tap-in just past the half hour.

City then made it three going into the break when the unfortunate Davit Khotcholava diverted Sergio Gomez’s shot into his own net.

Haaland was replaced at the interval with his job already done, but City continued to dominate and Riyad Mahrez marked his 200th appearance for the club with an ice-cool penalty on 55 minutes.

Julian Alvarez then made it five with 14 minutes left when he polished off a slick team move.

The result sees Pep Guardiola’s men top Group G with three wins from three. Borussia Dortmund are second on six points with FC Copenhagen and Sevilla on a point apiece.

Next up, City host Southampton in the Premier League on Saturday before making the trip to FC Copenhagen on Tuesday.