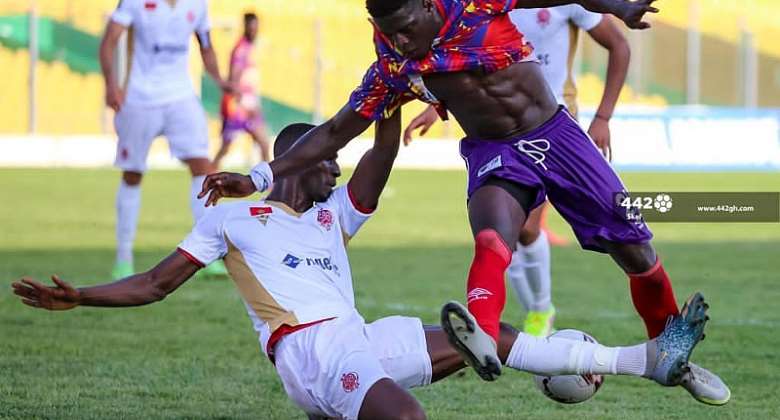 Morocco giants, Wydad AC have progressed to the Group Stage of the 2021/2022 CAF Champions League after hammering Hearts of Oak 6-1 today to overturn a 1-0 defeat from the first leg.

The Phobians last Sunday hosted the opponent at the Accra Sports Stadium in the first of the scheduled two-legged tie in the final playoff round to the money zone of the Champions League.

Today in the second leg, Wydad AC have capitalised on having a full squad to secure a needed win to stay in the competition.

The Morocco champions today started the game against Hearts of Oak on a bright note and scored twice in the first 10 minutes of the game.

Continuing to dominate the game, Wydad AC scored two more goals before halftime to lead by four goals against a disjointed Ghanaian outfit.

Although Hearts of Oak would try to come back into the game in the second half and even scored through substitute Patrick Razak, the hosts scored two more to cruise to a deserved 6-1 win at the end of the 90 minutes.

Courtesy of the big win today, Wydad AC have progressed to the group stage of the CAF Champions Meague.