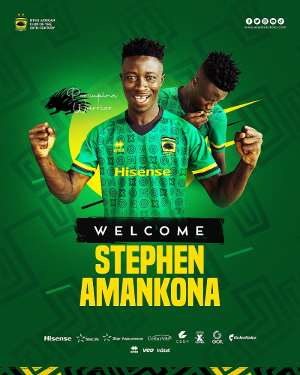 The Porcupine Warriors club have in the last few weeks been linked with a move to sign the exciting forward in a bid to strengthen their squad.

On the back of successful talks, the club has today announced through its official Twitter page that a deal has been reached to secure the services of the player on a three-year contract.

“We're delighted to announce the signing of forward Stephen Amankona on a three-year deal from Berekum Chelsea,” Asante Kotoko announced on Tuesday evening.