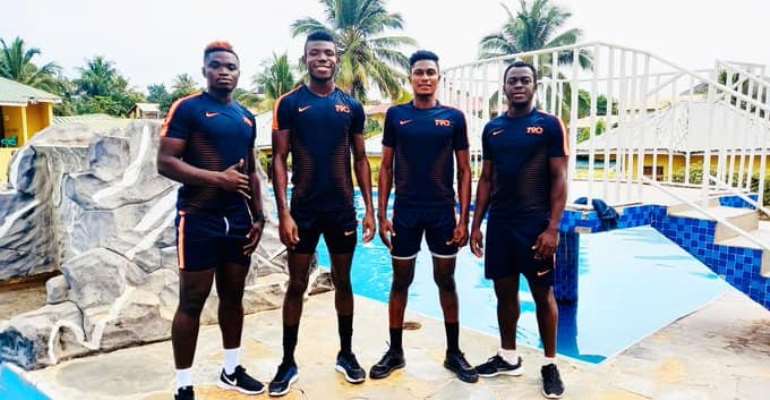 Ghana Premier League side, Legon Cities FC have signed of goalkeeper Eric Ofori Antwi ahead of the 2021/22 Ghana football season.

The former Asante Kotoko shot-stopper has been a free agent after leaving Medeama SC at the end of the 2020/21 football season.

The Royals endured a torrid campaign last season with Maxxwell Konadu stepping in to save the club from relegation.

Konadu took over the job from veteran gaffer, Bashir Hayford.

Keen on doing well when the 2021/2022 Ghana Premier League season, officials of Legon Cities FC are in the market talking to clubs and players over a possible signing.

The experienced shot-stopper over the years has been one of the best goalkeepers in the Ghana Premier League.

Joining the Royals, the goalkeeper will be expected to provide a major squad for the side coached by coach Maxwell Konadu.

He is currently with the team in Koforidua where they are holding a pre-season training camp.