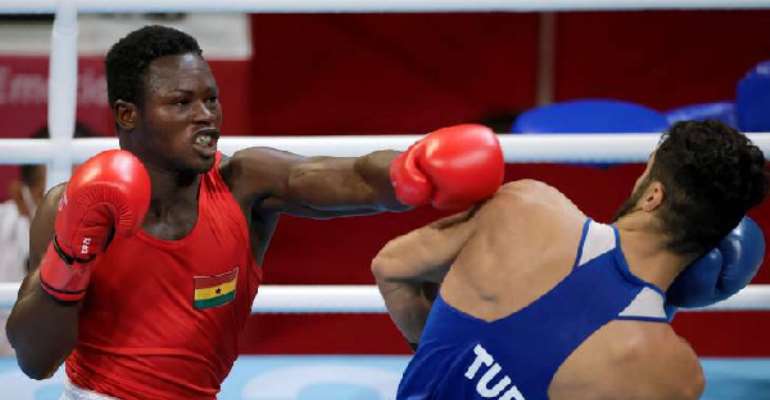 Shakul Samed, a member of the Black Bombers of Ghana says he lost his first bout at the Tokyo 2020 Olympic Games, but his team is not out of the competition.

According to the young man also called ‘Sharp Shooter’, he is apologizing to his fans and admirers for not making it to the Quarter Finals, after drawing a bye at the round of 32.

Speaking to this portal, he said he can not tell his future now on whether to still fight for Ghana and remain in the Bombers or go professional.

He urged all Ghanaians to back the remaining two Bombers who are nearing the medal zone to make history for Ghana.

“A win for Samuel Takyi and my capito is a win for all of us, and I will pray and support them fully to make name for Ghana” he expressed.

He praised Coach Dr Ofori Asare for his efforts in many of them Olympians and popular boxers in the world.

Shakul’s two brothers, Bastie and Issah represented Ghana at the 2008 Beijing Olympic Games and did not take anything home.

He is the 2019 Sports Writers Association of Ghana (SWAG) Amateur Boxers of the year and was aiming at bettering the record of his senior brothers..