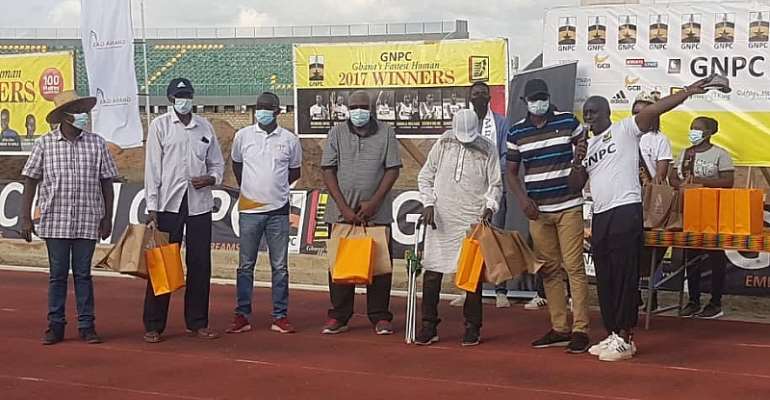 The athletics trio who have been backing the programme were honoured for their contribution to Ghana sports, especially athletics last Saturday at the Legon Sports Stadium, during the Accra Open of the 2021 GNPC Ghana’s Fastest Human Competition.

Ebenezer Charles Oko Addy took over and became the 1966 Commonwealth Gold Medalist in the 4x100 relay.

Ohene Karikari was the 1974 Commonwealth Bronze medalist in the 100 meters and the ONLY Ghanaian 100 meter runner to have ever won a medal outside Africa.

Mr Reks Brobbey, the brain behind Ghana’s Fastest Concept said Ghana once ruled the world in sprints, but now attention and focus is on football which is taking all the budget for sports.

He appealed to sports authorities to bring back the love for Athletics.

Dr Kwame Baah Nuakoh called on sports events organisers to involve the media to attract eyeballs and attract sponsors. He commended Reks Brobbey and the products of the concept.

He hinted that the youth will benefit and GNPC is always ready to support a good course, like the Speedsters Club.