FEATURE: How Gladson Awako turned around his career 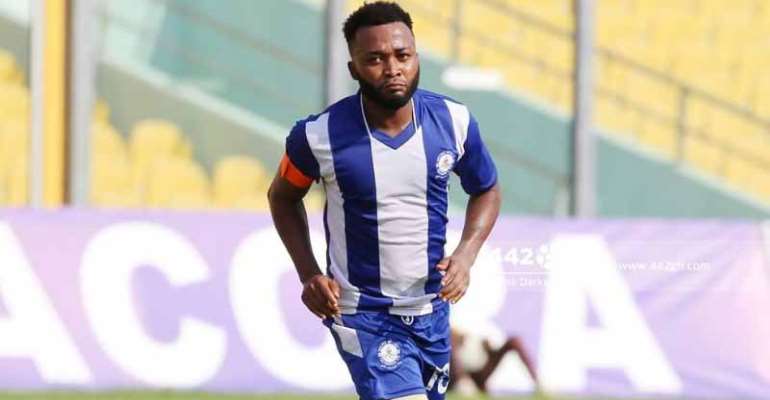 Gladson Awako returned to the Ghana Premier League (GPL) with one objective. It was to get his career back on track after returning home from a sojourn of the United States (US).

His decision to come back home did not really attract the interest of the two biggest clubs in the country, Accra Hearts of Oak and Kumasi Asante Kotoko, which did not show any interest in him.

However, Olympics signed him up and have since not regretted that golden decision. Within a year, Awako went from being just another veteran looking to revive his career to establishing himself as the best player in the topflight.

“It was a very good decision to join Olympics when I finally decided to come back home,” Awako told the Graphic Sports. “I wanted to come home to kick-start my career and needed to be with a club without pressure, and Olympics provided me with that.” 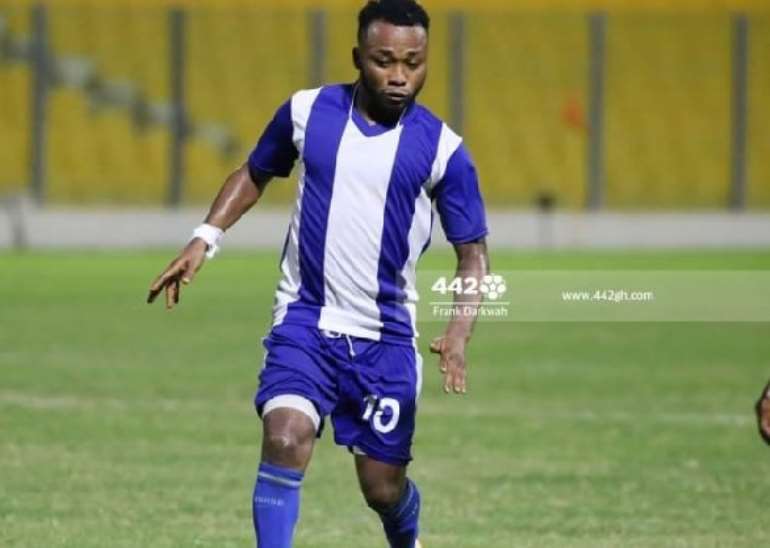 To Awako, Olympics was the perfect fit as he would play without any form of pressure. He understands the dynamics of playing for Hearts or Kotoko and the pressure that comes with it.

At age 30, Awako was right to choose to play for a club without the immense pressure of ensuring a league victory. Olympics will always be content finishing in the top four.

He has come a long way in his career to allow pressure to destroy his intended comeback. Awako has played for many clubs on the local and international scene since bursting onto the scene in 2009 after a stellar African Youth Championship (AYC) and FIFA U-20 World Cup performances.

His experience in club football started in 2006 when he played for Wa All Stars. The player moved to Heart of Lions in 2008 where he spent two seasons and left for Spain on loan with Recreativo de Huelva in 2010.

After an unsuccessful spell in Spain, he returned to Lions for a season before signing for Berekum Chelsea. That was where he had his first successful club campaign in the 2011-2012 season.

“My stint with Chelsea was short but that really provided me the platform to market myself because I played in the CAF Champions League that year.

“My performance in the continental campaign earned me a big move to Congo and that has been the biggest move in my career,” Awako noted.

Awako’s move to TP Mazembe in 2012 lasted five years and he moved to Phoenix Rising FC in 2017. After a year in the United States of America, the club decided to release him and that left him with a choice to come home. 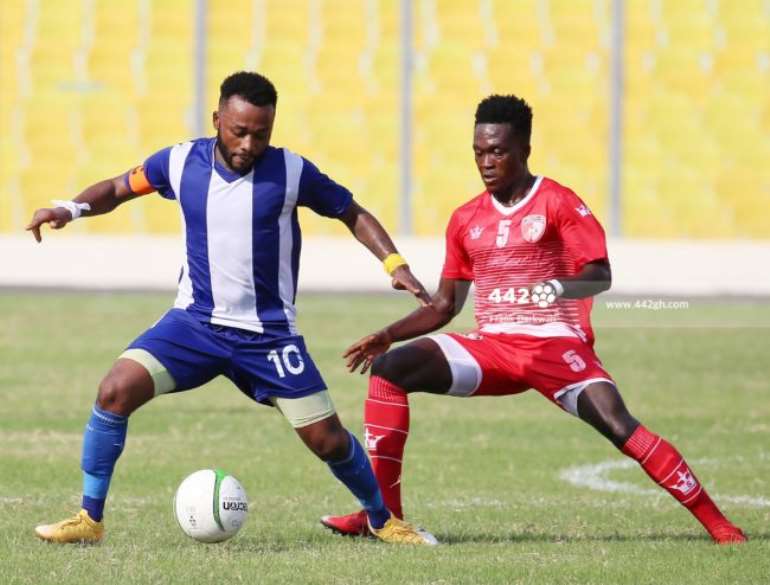 In November 2019, Olympics announced the arrival of Awako ahead of their participation in the GPL. He quickly established himself as a regular feature in the team.

In 14 matches, Awako netted three times before the 2019-2020 season was truncated due to the coronavirus pandemic in the country.

Despite his contributions that season, Olympics struggled to make any significant impact due to inconsistencies in their results; this, Awako, blamed on one major factor.

“Our performance in the previous season was not consistent because the team kept changing coaches and I think that really affected our performances.

“You could see that this time around, we are doing better by sticking to a particular technical team and that has really helped us,” he told the Graphic Sports.

This season, the Wonder Club have beaten the likes of, Asante Kotoko, WAFA and Legon Cities in their nine league matches. Thanks to Awako’s magic in most of these wins which has earned him the Player of the Month for December after four Man of the Match awards during that period.

His inspirational display has left the team on fifth place on the log with 14 points.

Awako hailed Coach Annor Walker for the club’s turnaround. He said the trainer’s man-management skills brought the best out of him and his teammates. 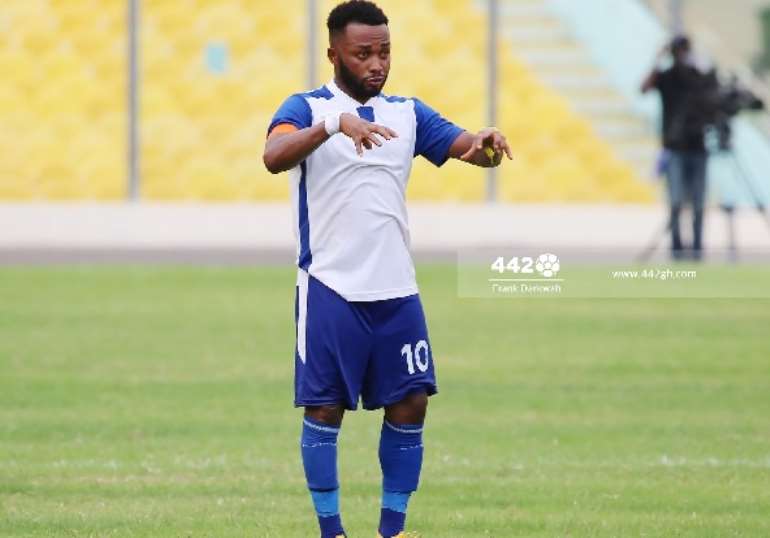 Unfortunately for Olympics, Coach Walker has been hospitalised for some weeks now with Yaw Preko and club legend Godwin Attram taking over in caretaker capacities.

The former TP Mazembe player expects the duo to continue from where Coach Walker left.

“I wish him speedy recovery from his ailment but I have hope in our new coaches. They have played football to the highest level and are coaching us well so I trust them to deliver.”

In March, the Black Stars will assemble to continue with their ongoing 2021 Africa Cup of Nations (AFCON) qualifiers with a trip to South Africa.

Many expect Awako to make the team should he continue with his stellar performances in the local league. That is yet to be seen when Coach Charles Akonnor announces his team for the encounter.

“I will be ready to play for the Black Stars. It is every player’s dream to feature for his national team and I am no exception.

“What I need to do is to continue working hard and helping my team improve and the rest will be up to the national team coach to decide,” Awako said.

Modern Ghana Quote Reports
Catch up with all the political quotes from our politicians.
Sponsored
More Opinion
Modern Ghana Links
What at all is wrong with Accra Hearts of Oak?
How Akufo-Addo-led government impacted Ghana Sports by creating sports facilities while transforming existing ones
The footballer raped and murdered for being a lesbian
FEATURE: Stepping into the big shoes of their fathers, meet talented Jacob Kingston and Rodney Appiah
My Jerry John Rawlings’ experiences: How fleeting this life here on earth…
Hon. Mustapha Ussif: The Consummate Administrator who has won President Akufo-Addo’s trust to lead his 2nd term sports agenda
Why Lampard must be given time at Chelsea
Jerome Otchere writes: Kotoko: Confronting the bitter truth
Mourinho’s Masterclass Against Pep, A Sign Of A Trophy In The Offing?
Quote Reports Dossiers
TOP STORIES

Ibrahim Mahama is not drinking tea with Owusu Bempah; Ghc107...
44 minutes ago