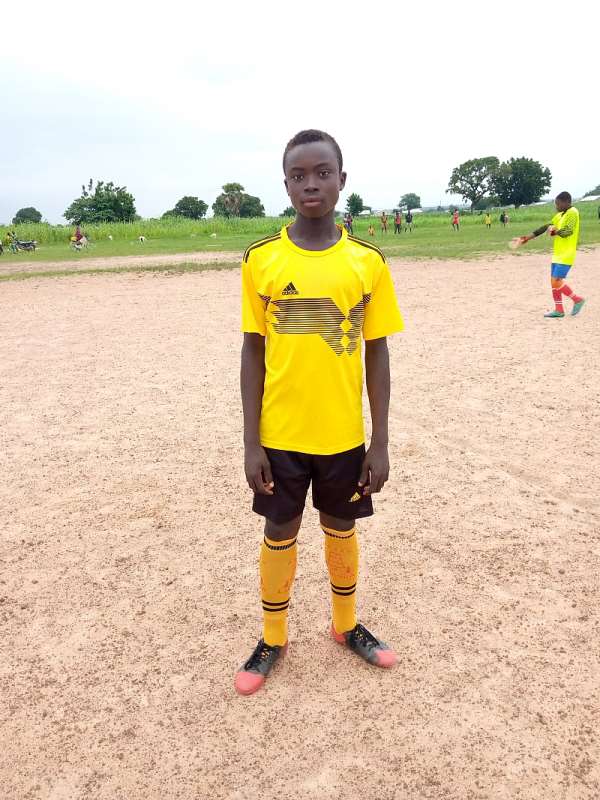 It was a clash of the Titans on the 13th November,2020 on the Garu Catholic JHS Field when Madina FC came against Sharp Shooters of Highways to wrestle for a spot in the Semi finals of the most decorated ever football fiesta witnessed in the history of Garu currently ongoing in the Upper East Region of Ghana.

A tournament organized by none other than the people's man, Hon. Dominic Azimbe Azumah, who is the most successful ever Member of Parliament in the history of the land. He made it five times with NDC, now seeking his sixth term as an independent candidate with his ''Noor Yinne" Party, he believes 'a rescue mission' is what the people of Garu needs now. He intends to amicably iron out the discrepancies that emanated after he left office by eliminating tribalism,favouritism and nepotism as his party slogan says; No Tribalism, No Favouritism. This is why he thinks football is the game that can be the masterstroke to be used and this is where our interest as football lovers is. Football speak one language, The Laws Of The Game. It is played by one people, The Players and enjoyed by one people, The Fans. This has really healed all wounds as far as individual differences is concerned. Good work done. Gratitude is what we can say.

His vision for football is outlandish as he clearly declared ''...football is my focus this time...". Will he be able to make colts football vibrant here? He said he will. Will he make divisional teams more competitive? That ,he has been doing years ago. Who stand to benefit then? The lads into football, The Colts Team Managers like us, the Basic School Sports Organizers and coaches, the Ghana Education Service in the district, The Upper East Regional teams, The Senior High Schools and Divisional teams, The National Teams and all football fans nationwide. I think this is not just his dream but a national dream too.

With many fans already tipping Madina FC to win the tournament, it was a final before finals when Madina was drawn to meet Sharp Shooters. Fans came to witness flamboyant football, a trade mark of both sides in the tournament. With Madina missing a few regular players and playing against the most inform team of tournament, people thought it was going to be an easy win for Sharp Shooters but this is football. Both sides played 'sexy soccer' but as our brothers in Nigeria will always say,''Goal na soccer '', no side was able to break the dreadlock in 90minutes. It went straight into penalties with Karim Figo, 'El Capitano' of Madina sending the goalkeeper to the wrong side to score first. Credit to the goalkeeper of Sharp Shooters who made a pinpoint save to deny the third man of Madina FC. That save won the match and dumped Madina out of competition. Why are the mighty falling?

Sharp Shooters were deserved winners as they have played in this gala gallantly in every match. They are the number one favourites now to win the competition. The first to get to the semi finals unbeaten. We look forward to see many more trilling games in this gala.

On behalf of all footballers and fans, we thank you very much for being part of your vision, "Baaba nna" as the youth affectionately call you. Your vision is the vision of the youth too. Thank you.

FOR THE LOVE OF THE GAME!!