Vincent Atinga Opens Up On How He Deals With Racial Abuse 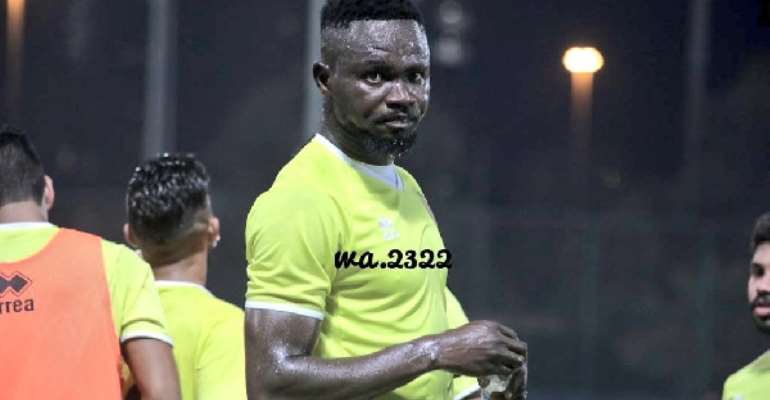 Ghanaian international, Vincent Atinga has revealed that he has suffered several cases of racial abuse in his career but always keeps his focus on why he is playing football.

The former Hearts of Oak captain left the shores of Ghana to sign for Albanian top-flight club KF Tirana at the end of the 2017/2018 season.

After playing one season in the European country, Vincent Atinga earned a transfer to Kuwaiti outfit Al Qadsia.

Now playing his football with Al-Shabab, the defender has opened up on how he has in the past been racially abused.

According to him, there have been times he has been called a monkey but he never paid attention. He explains that he always focuses on working to earn his salary to ensure he takes care of his family.

“I have suffered many racial abuses in my professional career. Players intentionally call me monkey just to annoy me but I don't focus on that. My focus is on the money I will get to support my family back home”, Vincent Atinga told Akoma Fm in an interview.

The 26-year old defender has significantly improved his game in the last few years and is now aiming for a regular spot in the Black Stars team.