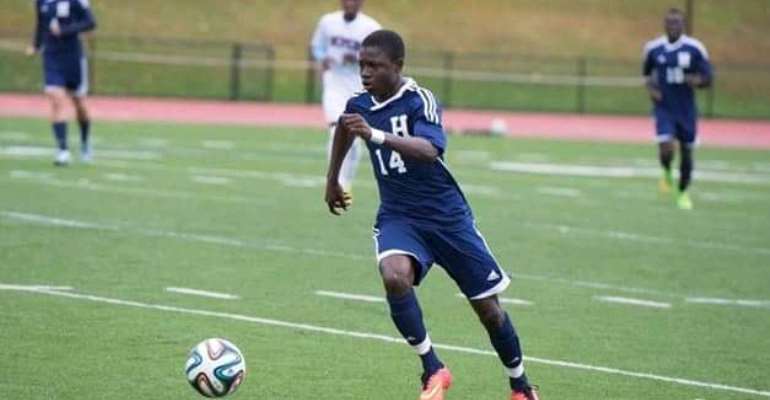 Garu-Tempane is land full of peace-loving people. They are now sister districts but this hasn't made any significant difference since they do everything together as one people. They are one of the most blessed districts in the Upper East Region of Ghana.

They can boast that, there is no Senior High School within the region that can boast a successful team without a player from Garu or Tempane playing a pivotal role in that team.

Talk of Soccer,volleyball, handball and athletics. For the past years, they have produced some of finest talents in Ghana. Fatawu Mohammed (Owen), who captained Real Tamale United in the GPL for many seasons, also playing for Kotoko. Anyagri Saviour, a Righttodream football academy graduate now studying in Delaware University in USA. Ayamba Augustina was invited to the national U20 female team in 2015 after completing Super KASS.

We can also talk of Fati and Jaliatu who are graduates of righttodream academy as far as ladies football is concerned, who were both discoered when they came for scouting in Garu. Garu -Tempane has therefore become a talent hotspot in the region where academies,teams,schools and coaches troop for the next 'hottest cake'.

They've never been disappointed since, because they get what they want. Years ago, Utrecht Academy picked up Abass Issaka (Samba Boy), who in the latter part of last year became a social media sensation with impressive display of artistic skill-set, as far as football is concerned. It was all joy when I sighted one of the videos though I wasn't so perplexed because I have known this boy since he was a kid. Slaloming through the defense with ease from the left wing has been his speciality ever since.He is Ghana's answer to Neymar.

I don't know how many times this has happened in Ghana but it will interest you to know that, a fifteen year old signing a professional contract with Liberty Professionals was trending in social media. Abdul-Samed Bukari was fashioned in Garu Soccer Stars, assembled in Bolga All Stars and dispatched to Liberty Proffessionals at a mere age. He is a dazzling playmaker with impeccable skills who can slaughter an opponent with tricks and bury you with a thunderbolt shoot.

An impressive left-back, Inusah Akudugu plays for the juvenile side of Dreams FC too. Can he be the next Baba Raman? Only time will tell. There is a small secret how this boy came to the limelight. This will be revealed subsequently. Have you heard of another YouTube sensation called Ayaaba Dennis who was scouted for the national u-15? A winger by trade who prefers to cut in from the right and release ferocious shots into the net.

Interestingly, all these three leftees, Abdul Samed,Inusah and Dennis are products of the same club. Many more are yet to be discovered by scouts and teams in the length and breadth of Ghana.

There are always enthusiastic fans to grace every football match no matter what. This shows how this people like football. The fans has facts of teams,players and communities they discuss when watching matches. They know Soccer Stars fc produce silky playmakers, Mighty Boys fc is where you locate neat midfielders and Dunamis FC is where confidence is the key. They will beat you in your own game. For community football, Natinga FC is 'the most hated club' by fans because they make tournaments boring. They have won almost every trophy available hence no one supports them again.

Upon all the pool of talented kids available every corner, there are serious problems. Pitches to train these young talents is a canker only God knows it will be a thing of the past. Coaches find it difficult convincing parents that there are numerous benefits in sports and games participation. Running of football clubs is mainly the duty of poor coaches who have to invest their life savings into the affairs of individual players and the team as a whole, to the detriment of their families, business and education. I am there calling upon government, politicians,opinion leaders,traditional leaders, religious bodies, academies and individuals who share the dream of nurtruring up the next African Leaders through education and sports to come into our rescue. CONTACT : 0248274383