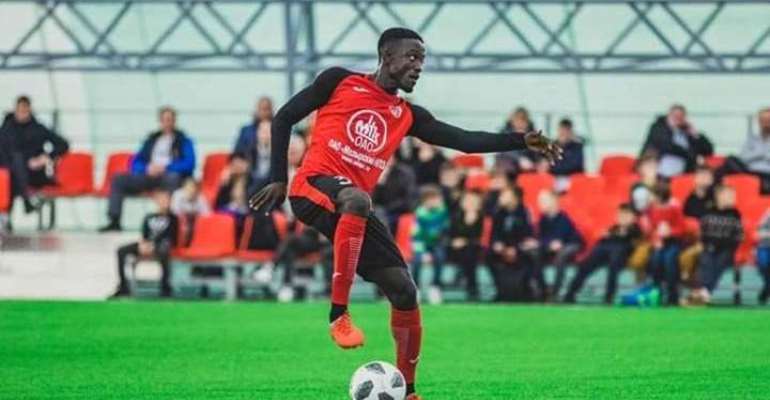 Slavia Mozyr has officially announced that they have parted ways with Ghanaian international James Kotei by mutual agreement.

The midfielder signed for the Belarusian top-flight side in January 2020 but has failed to cement a place in the team in the last 5 months.

On Thursday, the officials of the club in a statement announced that they have severed ties with the 26-year-old and he will no longer be part of the team’s squad.

“We wish James Kotei success in his future career”, the club statement said.

James Kotei has endured a difficult spell in his career in the last couple of years. In 2019, he parted ways with South African PSL side Kaizer Chiefs due to lack of playing time.

The former Liberty Professionals midfielder looks to have lost his feet but will be hoping to land a deal in the summer transfer window to help relaunch his career next season.