By Jennifer Ochieng
Where ‘N’ When 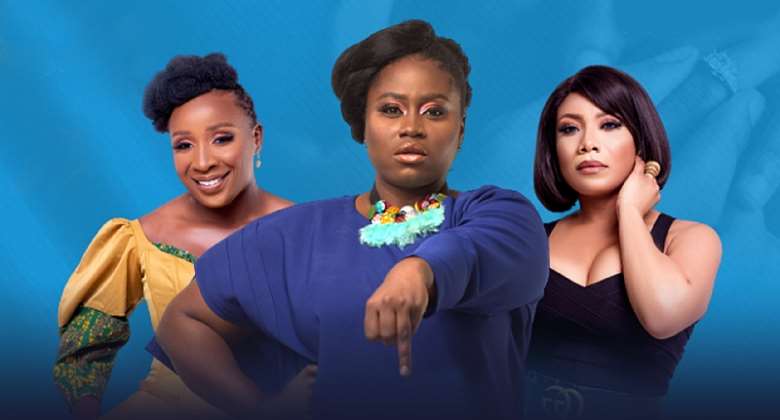 This year Showmax has delivered some of the best local shows for its Ghanaian viewers, from the telenovela Dede and the drama series To Have and To Hold, to Ghanaian-Nigerian co-production Ghana Jollof, the first Showmax Original in West Africa, to beloved remakes like the recently launched investigative drama series Inspector Bediako.

As we end the year, here are the best local shows in 2021 to stream on Showmax.

Dede - Telenovela
Dede follows Adomaa Adjeman in the titular role of Dede, a naïve rural girl, whose big dreams are cut short when she’s “sold off” by her stepmother to work as a domestic help in the home of the wealthy Robertson family. There she falls in love with the youngest Robertson son (Dean Amegashie).

Dede also stars Joselyn Dumas (Shampaign, Tenant of the House) as Dede’s stepmother Felicity; Adjetey Anang (To Have and To Hold, Citation) as Dede’s father; Anita Erskine as the no-nonsense matriarch of the Robertson household; and James Gardiner (Ghana Jollof) as Robertson’s conniving older son.

Binge all 200 episodes (and counting) on Showmax.
To Have and To Hold – Drama
Another fan-favourite in Ghana, the drama series To Have and To Hold explores the struggles of women in modern Ghana as they juggle friendships, romantic relationships, and careers.

The series stars Africa Magic Viewers’ Choice and Africa Movie Academy winner Lydia Forson (A Sting in a Tale, The Perfect Picture) as the ambitious and career-driven Akosua, whose marriage of 10-years turns out to be a lie; Africa Movie Academy winner Naa Ashorkor (The Best Picture, Checkmate) as the kind and trusting housewife Enyonam; and fashion icon and Golden Movie Awards winner Zynnell Zuh (When Love Comes Around, Crazy, Lovely, Cool) as Kuukua, a go-getter with a taste for the finer things in life.

To Have and To Hold is helmed by legendary Ghanaian filmmaker Ivan Quashigah (Inspector Bediako, Things We Do for Love, YOLO).

Binge all the 26 episodes of To Have and To Hold now.

Inside Out - Drama
Adapted from South Africa’s The Housekeepers, Inside Out tells the story of Soraya (Bless Fortune), a young woman who goes undercover as a domestic help so she can fight for justice for her mother who has been framed for a murder she did not commit.

Determined to take the law into her own hands, Soraya enters the lives of the powerful Lartey family as a housekeeper. As she works to outsmart them and uncover the truth, she makes powerful enemies like Maafio Lartey (played by Roselyn Ngissah), who rises from the dead in the second season to exert her revenge, forming an alliance with the equally powerful Lucia (Pascaline Edwards).

Inspector Bediako - Investigative Drama
This new Ghanaian drama series follows Anthony Woode (Inside Out) as Inspector Bediako Jnr, the son of the legendary Inspector Bediako Snr, who uses smart and creative means to investigate and solve domestic criminal cases, from kidnapping and corruption to murder and robberies, to protect the public from danger.

Inspector Bediako is a remake of the 1990s Ghanaian detective drama series of the same name, which remains one of the most loved TV series ever produced in Ghana.

Directed by Ivan Quashigah (Things We Do for Love, YOLO, To Have and To Hold), Inspector Bediako also stars Brian Angels (The Burial of Kojo), Darlyn Adu-Gyamfi (Black Lady Goddess), Naa Dedei Botchwey, Vincent McCauley (The Things We Do for Love), and Kalybos (Ghana Jollof) with veteran actor Oscar Provencal reprising his role as the legendary Inspector Bediako Snr.

Also stream the best international series on Showmax from 2021, like Succession S3, The White Lotus S1, Mare of Easttown, Hacks S1, Love Life S2, Scenes from A Marriage, Gangs of London and the final season of Insecure, which lands on Showmax on 28 December. To see everything on Showmax in December 2021, including the first Showmax Original romance, Troukoors; the 2021 Golden Globe nominee The Personal History of David Copperfield; and the Guy Ritchie-Jason Statham action blockbuster Wrath of Man, click here . Please note this release schedule is subject to change.

We cannot continue to depend on loans for development; let’s...
44 minutes ago