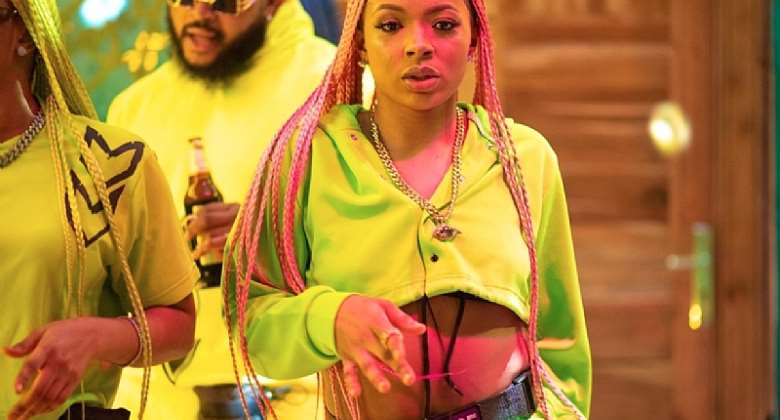 After 10 weeks of Big Brother Naija fans staning their faves and non-stop drama from the housemates, the show comes to an end this weekend on Sunday, 3 October.

The BBNaija: Shine Ya Eye season finale will be available for streaming at www.showmax.com and the Showmax app from 7pm WAT.

Finalists Angel, Cross, Emmanuel, Liquorose, Pere and White Money are in the running to win the ultimate prize of 90 million and bragging rights as the winner of the biggest reality show on the continent.

For the first time, this season of BBNaija was available for fans in the UK via Showmax.

Since the start of the BBNaija: Shine Ya Eye season, the show has remained the most-watched title on the Showmax platform in Nigeria, Ghana and the UK. This is closely followed by the Showmax exclusive talk show, The Buzz, hosted by media personality, Toke Makinwa.

The Buzz has featured a host of celebrity guests through the season including BBNaija Season 4 winner Mercy Eke, Beat FM media personalities Toolz and Gbemi, and veteran comedian Basketmouth, who serves as Executive Producer for Showmax’s forthcoming comedy-drama, Ghana Jollof.

A special episode of The Buzz featuring the Shine Ya Eye winner and the top 5 will also air on Wednesday 6 October 2021, exclusively on Showmax.

Latest Photo Reports
Catch up with all the political quotes from our politicians.
Advertise here
More Where ‘N’ When
ModernGhana Links
The best of Ghana on Showmax in 2021
Animated Anthology “kizazi Moto: Generation Fire” From Leading African Creators Set To Release On Disney+ In 2022
Meet Busie Matsiko-Andan, Female Global Strategist Connecting Africa to the World
Tiwa Savage, Olamide, Burna Boy And Others Set To Perform Alongside Cardi B This December
Sisters Niniola and Teni to perform alongside Cardi B This December!
BBNaija: Fake nominations put Cindy, Diane, Frodd and Mercy up for possible eviction
Afrima Releases Final Nominees' List For The 6th Edition
THE BREEZE 2019 (Wedding Bells)
Face of Culture Nigeria,Queen Janet Afolabi kicks off her educational campaign
TOP STORIES