Tiwa Savage, Olamide, Burna Boy And Others Set To Perform Alongside Cardi B This December 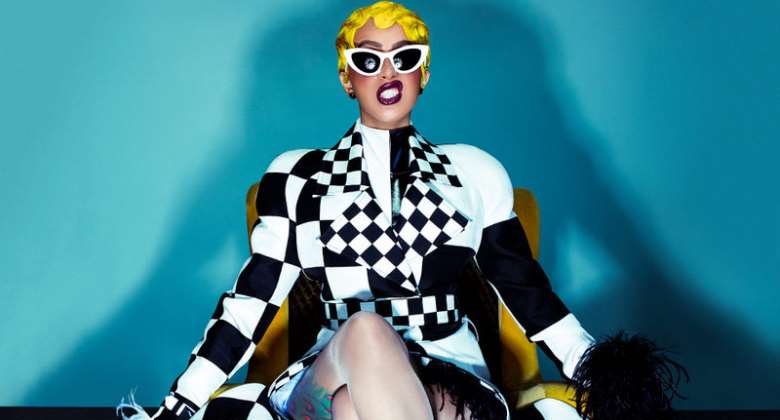 Some of Nigeria’s biggest music stars have been confirmed to feature in the first edition of the Livespot X Festival. The impressive lineup of music acts who are set to grace the stage alongside Cardi B will include Olamide, Tiwa Savage, Wande Coal, Patoranking, Ice Prince, Niniola, Seyi Shay, Darey, Reekado Banks, Skiibii, Fire Boy, Joeboy and Burna Boy.

The roster of artists comprises an exciting mix of Nigerian music elite, as well as some of the newer acts who have enjoyed success in 2019.

Burna Boy, Olamide and Tiwa Savage lead the line as some of the biggest names currently in the Nigerian music industry. Both Tiwa and Burna have earned international acclaim over the last few months, while Olamide continues to stake his claim as the king of the streets.

Joeboy and Fireboy have become two of the most sought after music acts in the country. Their meteoric rise has seen both stars become hugely influential figures in the Afro-pop genre.

Patoranking, Wande Coal and Ice Prince have all earned massive mainstream recognition over the years and all three will be looking to cap off another successful year with a stellar performance at Livespot X.

Niniola and Seyi Shay will be adding some much-needed girl-power to the already impressive lineup of performers. While Skiibii and Reekado Banks will be looking to build on the remarkable success of their smash hit collaboration, - “sensima”.

This lineup of entertainers adds further star power to the Livespot X Festival, as the show is poised to be one of the biggest music events of the decade.

Speaking on the lineup of music acts, the Chief Creative Director, Livespot360, Dare Art Alade, had this to say,

“We know how much love the fans have for Cardi B and this was one of the reasons we chose to give fans a special experience to see the queen of hip-hop live in Lagos. However, we also are aware of the massive appeal of some of our Nigerian music acts. This show will not be complete without these music stars, and this is why we are thrilled to announce these performing acts for the Livespot X Festival.”

The festival is a first of its kind event which is a fusion of incredible live performances; music, impressive lighting, special acts, and immersive experiences, all rolled into one high-octane event which promises to deliver an unprecedented level of quality which Livespot360 is known for.

Latest Photo Reports
Catch up with all the political quotes from our politicians.
Advertise here
More Where ‘N’ When
ModernGhana Links
The best of Ghana on Showmax in 2021
Watch the BBNaija S6 finale online with Showmax
Animated Anthology “kizazi Moto: Generation Fire” From Leading African Creators Set To Release On Disney+ In 2022
Meet Busie Matsiko-Andan, Female Global Strategist Connecting Africa to the World
Sisters Niniola and Teni to perform alongside Cardi B This December!
BBNaija: Fake nominations put Cindy, Diane, Frodd and Mercy up for possible eviction
Afrima Releases Final Nominees' List For The 6th Edition
THE BREEZE 2019 (Wedding Bells)
Face of Culture Nigeria,Queen Janet Afolabi kicks off her educational campaign
TOP STORIES