4 Reasons Why Brethren Should Be On Your Bingelist 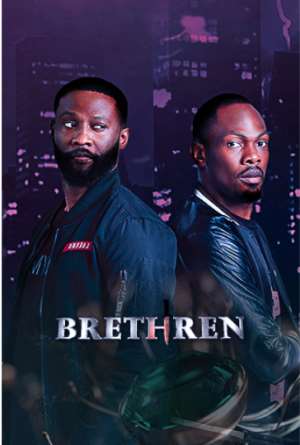 Action drama Brethren was one of the new Nigerian series from Africa Magic that hit television screens this year.

Currently showing on Showmax, the show has been met with lots of enthusiasm from fans online. Brethren tells the story of two adopted brothers - Dobara aka Bara (Etim Effiong) and Dagogo aka Dags Kurukeme (Frankincense Eche-Ben). Through Bara, we’re introduced to the men and women of the elite crime-fighting squad, Special Crimes Unit (SCU), and the challenges they face in their quest to rid the city of crime, particularly the notorious Aja Isale Eko gang. Dags, on the other hand, owns the controversial Club Vesta, much to the disapproval of his socialite father (Akin Lewis).

In parallel, we’re also introduced to the characters of the Benevolent Home for Boys, a shelter which produced the Kurukeme brothers and is owned by their highly principled mother, Celestina Kurukeme (Moyinoluwa Olutayo).

As we approach the yuletide season, here are four reasons why Brethren should make your bingelist.

1. It’s from the producer of Tinsel & Battleground

Brethren is produced by ace Nigerian filmmaker, Femi Odugbemi, the brain behind several other successful shows such as Battleground and Tinsel, both showing on Showmax. Tinsel is touted as the longest-running Nigerian soap opera, while Battleground is unarguably one of the most highly rated Nigerian series.

2. It’s a mix of veteran soap stars and talented newcomers

Odugbemi has always been known for his penchant to mix veterans and talented newcomers in his cast, and Brethren is no different. Fans of Nigerian soap operas from early to mid 2000s will be delighted to see the likes of Moyinoluwa Olutayo (Dear Mother, Domino), Frankincense Eche-Ben (One Love, Heaven’s Gate) and Akin Lewis (Tinsel). Other notable faces include Jide Kosoko, Demola Adedoyin (October 1) and Etim Effiong (Gidi Up, The Men’s Club).

Brethren is for the most part an action crime drama, which isn’t something we see everyday on Nigerian television. From the fight scenes to the politicking that goes on behind the scenes, we are introduced to a different level of crime fighting in Nigeria. But asides the shenanigans of members of the SCU, there are several subplots in the show which explore themes like power, love and family duty.

4. It’s a long binge
If you’re one of those who like for a show to have gotten to a certain point before you start, then Brethren fits the bill. Though still in its first season, the show already has 38 episodes, which means you get to enjoy a long binge, and still follow the rest of Season One in real time.