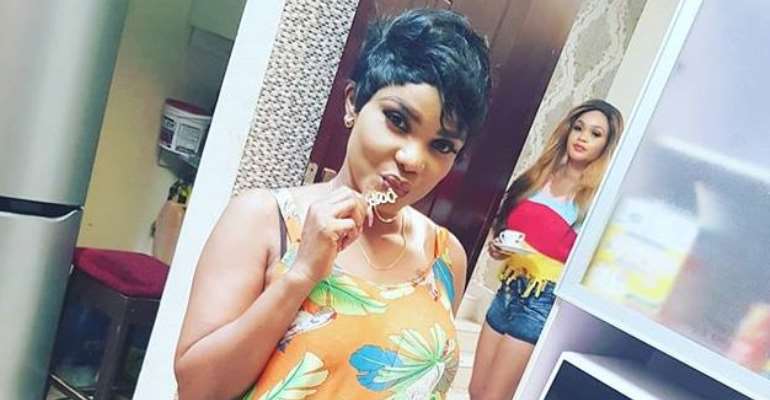 Nollywood actress, Iyabo Ojo, is really in for a tough time with controversial journalist, Kemi Olunloyo, who had some weeks back promised to be on her case.

The issue between Kemi and Iyabo started about a year ago when kemi alleged that Iyo was dating a certain Port Hacourt based Pastor.

Well, the issue saw Kemi going to prison where she spent several months and was later released and having had enough rest, Kemi has been on fire as she promises to reveal a whole lot about Iyabo.

Part of her ways of hitting hard at the actress is by stalking her as she commented on a pregnancy photo she shared from her movie location shot where she described that Iyabo is carrying a ‘Bastard Pregnancy,’ with the harsh tag #Ashaowoshi.