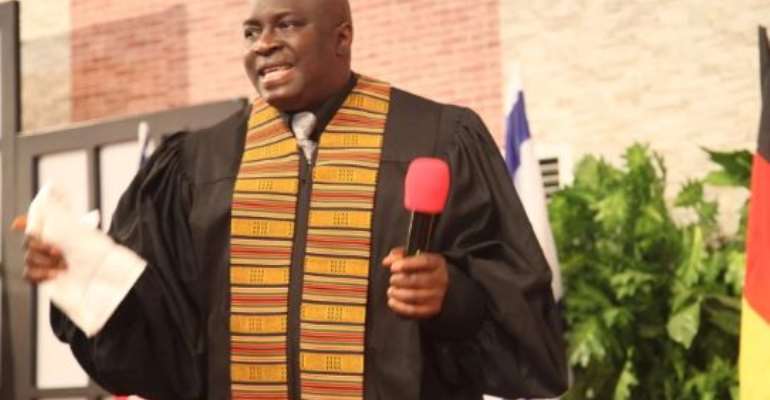 The world renowned Nigerian publisher of the international Christian Devotional, ''Our Daily Manna”, Bishop Chris Kwakpovwe, has blamed unbridled population growth and crass irresponsibility of parents in parts of the country, for the upsurge in terrorism and kidnappings across the country.

The fiery preacher, specifically identified lack of proper parental care and absence of parental control and discipline in many homes, for the large number of miscreants, now engaged in diverse criminal acts across the country. The clergy man, also identified the collapse of the family and family values across the country, as a major cause of the gross criminality, now common particularly among young Nigerians.

In an interview in Lagos, the Pharmacist-turned Preacher of the Gospel, advised the Federal, State and Local governments in Nigeria, to put checks in place, to discourage irresponsible child-rearing, particularly among the poor across the country, in the remote areas and urbanized towns and cities, if the current marginal victories against hitherto unusual vices in the country, are to be lasting victories.

Bishop Chris said a wayward and unemployed father of 10 children, is a father to 10 probable criminals. The level of criminality by cultists and kidnappers in many parts of southern Nigeria and religious extremism like that of the Boko Haram in the north, are mostly being propped by the supply of large number of children who had no parental guidance and lacked families showing any love.

According to the philosophic preacher, economic adversities are not known anywhere in the world, to be reversible or reversed, by increased number of children. Rather, it has been proven conclusively, that unbridled population growth, is actually a strong causative factor for worsening poverty and an attendant rise in mindless criminality.

The 52-year old Delta State-born, University of Ile-Ife trained Pharmacist, who is also an accomplished author and publisher of one of Africa's most popular Christian devotional, is himself a father of three children. He pointed out that Nigeria's situation has become worsened, because farming and diverse forms of agriculture, which would ordinarily have acted as a natural mop, providing jobs, food and fibre for large populations of youths, has been abandoned for years. Yet the people who by culture and tradition, used to marry many wives and have high number of children to use as farm hands, have continued to breed children they have no capacity to even feed or nurture and train.

The Bishop emphasised that the palpable collapse of homes and absence of any enduring family structure, is today, forcing girls into prostitution and boys into all manner of criminal gangs and cults. The lack of proper parental guidance has seen unemployed and unemployable men and women, even teenagers, becoming murderers in money-making rituals and shameful attempts, across the country.

Bishop Chris urged serious governmental attention to the dangers of large number of homes today, without any father figures and increasing number of absentee mothers. He pointed out that nothing can adequately replace the role of good parental guidance and love, in the proper upbringing of children and their molding to men and women of value and virtue.