The Upside Of Down
By Joseph Yaw Mawunyo 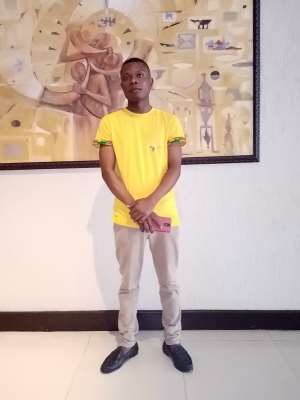 Today’s world is moving at a very fast pace and the current pace and its interconnectedness of change exceed our abilities to keep up. This means that most failures today are caused by uncertainty and the complexity of science and technology offers us every second. Even though the possibility of failure due to incompetency is still in our world, a clear view of our current world shows that incompetency is not the swag of failure anymore but uncertainty and the complex nature of our world as I mentioned earlier.

Failure is part of the journey, whether caused by science or incompetency. So the task now is not in learning to become a perfectionist but to understand that failure is inevitable and learn how you can learn from failures.

So instead of punishing yourself and pushing to become a true perfectionist, instead of becoming your worst critic and tormentor, instead of getting bogged down by the things you were not able to achieve, why not celebrate failure as a tool for growth? It is no secret that every successful person failed more than once in their journey to where they are now, if you have the chance to ask your mentor or the person you are holding in high esteem, you would be surprised how many times they failed.

This establishes the fact that failure precedes success. Successful people didn’t arrive at success by avoiding failure, that would have crippled them and prevent them from getting to where they are now. Their failure became their building blocks for success because even if they wanted, they could not avoid it and one thing that creates success is you know what to do with everything or every opportunity including failure. So successful people make the best by learning to fail well, in so doing they learn what caused them to fail at the first place and in their second attempt, they apply that knowledge to achieve a better rate of success and also to become a better person.

If you are reading this and you have listened to Business Wars, especially the war between the popular drinks; Coca-Cola and Pepsi, you will understand the importance of failure. Apart from the competition, failure pushed these two companies to their limits, making them giants in the soft drink industry. Another drink that had a turnaround was the popular energy drink, Red-Bull. The idea of Red-Bull’s energy drink was a failure from the beginning. These companies just like any other successful company explored what went wrong in any case they may have failed and used that finding to plan their next move. Remember they could have beaten themselves up and finally give up but they didn’t, they could have spent years avoiding or denying failure.

Even though failure is part of life, we all know that it is not fun. It hurts when we fail, sometimes it can even cost us our lives but failure is still inevitable as we have established, so the best thing to do again is to learn how to fail and fail well so that the risk of failure can be limited. Use every failure as a building block and as an opportunity to understand why you fail and learn from your findings.

The biggest failure is to stand still and decide not to act because you fear uncertainty, it is the biggest failure, to yourself, the people who would have depended on you and to the world.

So take that step, do what you’ve always wanted to do, allow yourself to fail, take time to understand why and how you failed, learn from your failure and become stronger and better than your past.