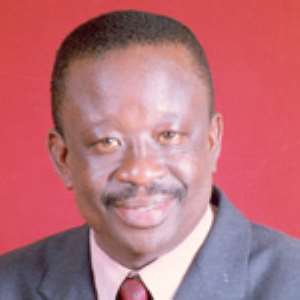 A multi-purpose Information and Communication Technology (ICT) Centre constructed by the government for Acherensua Senior Secondary School in the Brong-Ahafo Region has been inaugurated at Acherensua.


The centre known as NEPAD Electronic Project is among six projects established on pilot basis throughout the country to provide ICT skills and knowledge to pupils and students to become computer literates.

Mr Albert Kan-Dapaah, Minister for the Interior who inaugurated the centre, said learning was undergoing rapid transformation to the extent that education without computer knowledge and skills made the individual illiterate.

He noted that education was not based only on provision of infrastructure facilities therefore, it was government's commitment to provide educational institutions at all levels with ICT facilities to enhance teaching and learning.

Mr Kan-Dapaah explained that the poor performance of schools was partly due to poor feeding and malnutrition hence the government's feeding programme for 200,000 children on pilot basis in some selected Schools in the country.

The Interior Minister said the project would be extended to all Basic Schools in the country after its successful implementation and appealed to parents and guardians to send their children to school.

Mr Ignatius Baffour Awuah, nominated Brong-Ahafo Regional Minister, advised the students to exercise circumspection and discretion in the use of the facility, adding that its negative use might lead to an unpleasant situation.

He disclosed that the facility had a one-year warranty after which the cost of maintenance and service of the equipment as well as the payment of service providers would be borne by the school.

Mr Awuah appealed to parents to consider the benefits their children would gain from the centre and support its development.

Agyewodin Adu-Gyamfi Ampem, Omanhene of Acherensua Traditional Area, urged those responsible to run the centre to draw up important programmes to include Traditional Rulers, Parliamentarians and other Opinion Leaders whose decisions affect the welfare of the people.